Shooting footage with a video camera is easy. Assembling the random footage into something watchable can be a whole other matter. Working with professional-level video editing software such as Adobe Premiere Pro can cost a good deal and also means a very steep learning curve.

If you only want to do occasional editing for YouTube videos, there are some inexpensive applications available, such as Adobe Premiere Elements, Pinnacle Studio HD and Sony Movie Studio HD. But if you're really strapped for cash, there are a number of free tools out there that can do the job quite nicely.

For this roundup, I looked at the Windows versions of three free desktop programs (Avidemux, Wax and Windows Live Movie Maker) and at a Web-based editor (JayCut).

To test them, I shot footage of some friends at a golf driving range with a relatively low-end, inexpensive camcorder, the Canon ZR800. The ZR800 records in the MiniDV video file format, which typically produces a file of approximately 220MB for one minute of video with a resolution of 640-by-480 pixels.

I then edited these clips using the tools that each of the four applications supplied. Rather than trying to create four identical videos, I edited each according to what I perceived were the strengths of the product I was using. 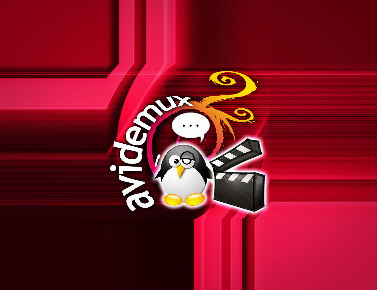 Originally a Linux-only program, Avidemux has been ported to Windows and Mac OS X. This desktop program easily and quickly installed from a self-extracting executable file.

The user interface is pretty much what you'd expect to see in a basic video editor: A timeline that runs along the bottom can be used to move a playback indicator forward and back through your video clip; a window in the upper-right shows you the moment in your clip to which the playback indicator on the timeline is set. The size of this window can be adjusted, and a second window can be added that shows what your footage will look like when a visual adjustment or effect is added to it.

Avidemux does video editing in a strictly linear way. You load your first clip; then you load the next clip, which Avidemux will attach only to the end of the previously loaded clip. You cannot insert a clip somewhere between the beginning and end points of another clip.

Reordering the sequence of video is possible, though. Once you load all your clips into the timeline, you can then cut and paste footage segments. You do this by marking the beginning and end of the footage you want to move, cutting or copying it, moving the playback indicator to the point of the timeline to which you want to move the cut sequence, and then pasting it in there.

This isn't a particularly intuitive way to edit video. Because each clip loaded into Avidemux must be appended to the previous one's timeline, it's difficult to experiment with the playback order of your clips. (Professional editing applications such as Apple's Final Cut Pro or Adobe Premiere Pro allow you to load clips into a storage area and then drag-and-drop them onto a timeline in any playback order you wish.)

Avidemux has several tools to improve and adjust the picture quality of your footage -- you can tweak its brightness, contrast and colors, adjust the resolution and sharpen the image. You can get an instant preview of how most of the picture enhancement and adjustment tools will alter the look of your footage, which is very convenient. 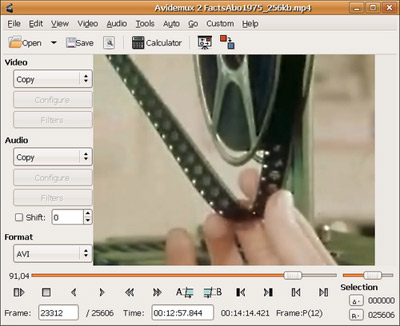 You can export your final video to one of several compression formats, including MPEG-4, MPEG-2 and FLV, and there are presets to create a file that will specifically work on one of four mobile devices (the iPhone, iPod, Zune and PlayStation Portable). You can fine-tune the compression settings, but I found it much easier and faster to just use the presets.

Now for the bad news: Avidemux is not very stable. It frequently crashed when I moved the video forward or backward frame-by-frame by pressing the right and left arrow keys -- especially after I appended several clips to the timeline.

The program did function well when I used the mouse or on-screen "jog shuttle" knob to go forward or backward. But using the arrow keys is necessary to make precise edits on specific frames of the video. (This problem has been reported to the Avidemux support forum but awaits a solution.)

The good thing about Avidemux is that it gives you a lot of leeway in tuning the image quality of your video. However, its strictly linear method of video editing discourages you from playing around with the sequencing of your footage. Worse, it's prone to crashing.