Virgin Mobile: The telco without a CIO unifies IT, customer service 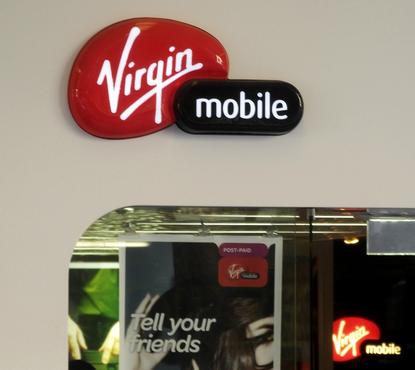 While most Australian telcos have CIOs presiding over dedicated IT departments, mobile network operator, Virgin Mobile, has unified its project management, IT and customer service business units under the guise of its chief operating officer, Matt Anderson.

Anderson is COO and IT is one element of his overall responsibilities, but he is a firm believer in unifying as many of the IT-related business functions as possible – from project management to customer service.

“Having the project management team so close to customer expectations will result in better service – not at the end of a project, but at the beginning,” he said.

“We have a general manager of IT delivery, which may as well be a CIO. The IT industry tends to focus on metrics which customers don’t care about.”

In-depth: How to create a clear project plan.

Anderson heads up a team of 200 people in operations covering IT, project delivery and customer experience in the Web space.

“From an IT point of view, we attach what’s being said by customers on different channels when we do cases. It’s not just about availability and reliability, but customer impact,” he said.

Earlier this year, Virgin Mobile was facing a customer service nightmare when an upgrade to its Singl.eView billing system resulted in online services downtime. Anderson said the problem could have been far worse without an integrated customer response channel.

“The billing system outage went 48 hours longer than anticipated, but we could customise messaging to what answers customers were seeking,” he said.

Anderson said Cloud services are ideal for consumer-facing applications, but businesses are still reluctant to give up control of core services such as billing systems, despite the disruption to Virgin Mobile’s business back in February.

The company is also implementing social media and collaboration features in its RightNow Cloud service.

Head of customer experience and Virgin Mobile, Amanda O’Donnell, said the addition of self-help services had reduced the e-mail volume by 21 per cent despite a growing customer base.

“We had eight disparate knowledge systems, including quite a few in customer service like SharePoint sites and shared drives,” O’Donnell said.

“We wanted a single knowledge base so we moved to RightNow for our call centres, head office, marketing and IT and its being moved into stores.”

Virgin Mobile has built up a wiki-style environment, dubbed “Concierge”, for a collaborative knowledge base. This month the company has gone live with an internal social networking portal which it plans to extend out to customers.

Anderson said Virgin Mobile’s structure does challenge the traditional organisational structure by unifying operations, IT and customer care into one.

RightNow’s vice-president for South Asia Pacific, Brett Waters, said the company has moved all its software to be Cloud-only in response to customer demand.

“We don’t have a local data centre yet, but we may have one by 2012,” Waters said, adding customers, including large enterprises, are happy to have their data hosted off-shore.