18 arrests made using network of 31 cameras in Footscray 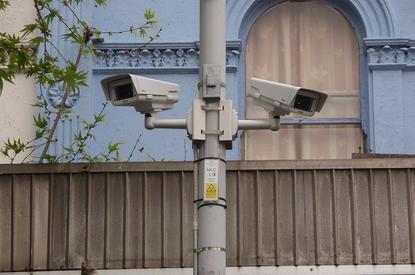 Two of the fixed Axis cameras monitoring an area of Footscray, Melbourne.

Criminals in Footscray, Melbourne, have made themselves scarce now that 31 electronic eyes are watching their activities 24-hours a day.

Since the implementation of the high definition (HD) cameras supplied by manufacturer Axis Communications, in July this year, evidence collected from footage has led to 18 arrests been made by Victoria Police.

The company was selected from a short list by Maribyrnong City Council and the police for a Public Safety Infrastructure project which is designed to improve safety in the suburb.

Cameras have been used to monitor anti-social behaviour such as public vandalism, disrupt street based selling and buying of drugs and provide evidence to assist police with prosecutions.

To defer any fears by residents of Big Brother-style monitoring, privacy was a top concern throughout the project according to IPP consultant, Bob Firth, who provided advice and project management services to the council.

He said in a statement that the control room was located at a secure police facility and the footage would not be available to any third parties, including Maribyrnong Council officers.

"You can’t predict when crime will occur, so it is essential to ensure that a surveillance system is reliable,” Firth said.

“We can rest easy knowing that, if the wireless network connection drops out for any reason, images will automatically write to a memory card which is stored on the camera.”

“The advantages offered by an IP based system means law enforcement officers will now have easy access to a database of high definition video footage for retrospective crime-scene monitoring,” he said. “The value of this is priceless for the Victor Police, who are attempting to stamp out crime in Footscray."

In addition to the Council rollout, the Victorian Department of Justice announced in October a $39 million Community Crime Prevention program to assist in crime prevention initiatives including security camera installations.