Profile IT: MCC general manager of IT and innovation, Rey Sumaru 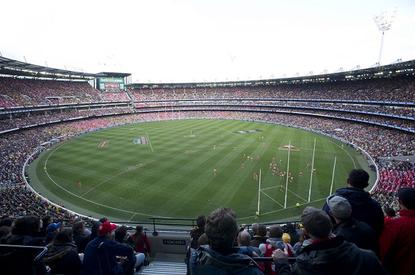 Heading up IT at the Melbourne Cricket Club (MCC) has been a dream come true for Rey Sumaru, an avid sports fan.

The MCG's general manager of IT and innovation spoke to Computerworld Australia about fan expectations, customer relationship management (CRM) and why he loves his iPad.

What does your role as general manager of IT and innovation involve?

I am responsible for the operational integrity of technology within the Melbourne Cricket Ground (MCG) which extends to delivery and development of an IT specific plan. I also look at emerging technologies, innovation, install strategies and provide appropriate advice to key stakeholders.

What are some of the technology projects you have been working on?

We’ve been looking at a strategy to deploy digital media devices that take customer service and fan engagement to a new level. This involves a technology refresh of the MCG to cater for the expectation of fans who want to be connected with their friends on Twitter and Facebook.

The newer generation coming to a game need to be engaged. Even when they get up to go and buy a drink, we want them to be connected to the game so they can be watching footage on their phones or on video walls in the stadium.

In March 2012 we went live with a Microsoft Dynamics CRM system which contains details of 102,000 members and 220,000 on the [membership] waiting list.

The CRM is integrated to a mailing list to inform the members what is happening and also provides an interface to our website so members can visit this page and get their membership status. They can also pay their subscription through the website.

The return on investment has been the user friendliness of the user interface. It has allowed us to service our membership more efficiently and it also gives us a 360 degree view of our members and the waiting list. We struggled to do that using the previous legacy system. We were using a home grown system written in Linux so we moved to something that is readily available and written in Microsoft Dynamics.

This CRM rollout was managed by our technology partner Avanade.

We have Twitter and Facebook accounts and these become very important on game days when people want to find out about parking and food outlets at the MCG.

Straight from the cricket season we go into Australian Football League (AFL) and in the last five rounds we have had crowds in excess of 50,000 every week.

Profile IT: Tech on the starting grid with Nissan’s V8 supercars

What are some of the challenges you face in the role?

Social networking is a huge challenge for us in the sense that we need to have access to social networking and respond to information. The question is: How do we engage via social media without compromising security and exposing the business?

Future-proofing of the IT architecture within the MCC and MCG is another challenge. Technology is emerging so rapidly that we need to adapt and be scalable enough to meet the demands of our customers.

What are the biggest issues facing IT managers today?

We’ve got so much data coming out of systems like CRM and point-of-sale [systems] that we need to look at how we interpret that data in a meaningful way for our management so they can make informed decisions.

What is your favourite gadget?

I’d have to say my iPad because it has eliminated the need for me to carry bundles of paper reports into meetings.