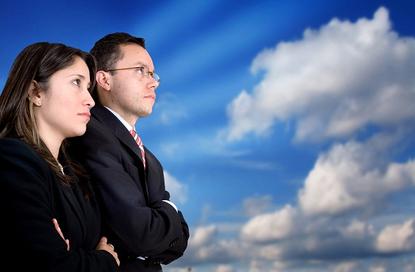 The Australian Communications and Media Authority (ACMA) has come out in favour of a cloud computing code of conduct, arguing that it will improve consumer confidence in service providers.

In a new paper entitled The cloud: services, computing and digital data- Emerging issues in media and communications, the consumer advocacy group said that while there have been attempts to encourage self-regulation -- such as the Australian Communications Consumers Action Network (ACCAN) guide for cloud providers on consumer protection principles -- a code of conduct has yet to be developed.

“In part, this may be a reflection of the diverse nature of the participants and small number of cloud providers with data centres based in Australia,” read the paper.

According to ACMA, the markers for successful self-regulation are a common industry interest, competitive market, few barriers to entry and a changing environment.

“Many of the conditions for effective self-regulatory responses are present in the cloud market in Australia,” read the report.

“As barriers to the adoption of cloud services become more pressing in Australia, it is likely that there will be a more compelling case for industry-led responses to standards, data protection and security.”

How cloud is reinventing the IT department

“Addressing consumer and business concerns about privacy and data management practices will be important in boosting overall confidence in the use of cloud services,” ACMA chairman Chris Chapman said.

In order to address concerns, this was likely to require further action from both industry and government, he said.

He said development of the protocol will by spearheaded by the Australian Computer Society.

The government will also push for the development of cloud standards to promote interoperability between services from different providers.