Only 31 per cent of high school students had considered IT as a career, survey finds 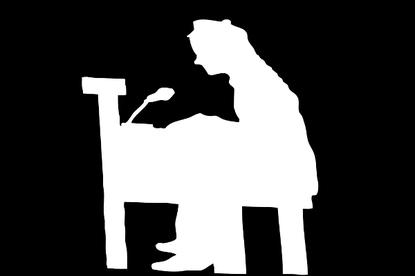 Educational institutions may still have a long way to go in changing perceptions about ICT careers among high school students, according to new research from the University of Canberra - Education Institute.

The university surveyed more than 202 high school students aged 12 to18 years from government and non-government schools in the Australian Capital Territory during Terms 3 and 4, 2012.

The Digital Technology and Australian Teenagers: Consumption, Study and Careers survey, commissioned by the Australian Computer Society (ACS), found about half of the high school students believe working in ICT would mean sitting at a computer all day.

“Considering students’ general goals for a career, the disjunction needs to be highlighted between what students stated that they want in a career (interesting work, good money, creative, to help people); their statements about working in ICT (would allow creative thinking; studying IT would be interesting); and their views on IT in general,” Dr Karen Macpherson, professional associate at the University of Canberra, wrote in the report.

“Only 31 per cent of students had considered IT as a career. It is possible that a number of students are not aware that careers in IT are able to meet their generalised career needs for interesting work, good pay and creativity.”

The students stated their reasons as to why they do not want to continue to study ICT in high school and at university. Many students commented that IT was “not interesting” or “not enjoyable” and some commented that they are not sure what they would do in ICT.

Almost half (47 per cent) of students had only studied ICT in high school for less than a year, resulting in a lack of exposure to what the broader subject entails.

“Regardless of whether IT had been studied previously, there were still between 23 to 31 per cent of students who were at least undecided about whether or not they would like to study IT. This ‘undecided’ group provides an opportunity to interest students in the study of IT.”

“Although these are the sorts of topics that are covered in ICT courses, in another question many students had indicated that they believed they would find the study of ICT ‘tedious’. This suggests that students may not always understand what studying ICT is about; and they have not made the connection between what they want to know, and how they can learn it.”

Teachers not being able to keep up with the pace of change in technology was an issue students’ raised when it comes to learning and IT, the survey found. Students made comments such as “[teachers] are often inept, slowing down learning” and “[technology] should not take away the actual teacher teaching properly”.

ACS head of policy and external affairs, Adam Redman, also raised this issue, saying he would like to see how the Australian Curriculum, Assessment and Reporting Authority (ACARA) is going to support teachers who may not have the resources or expertise needed to implement the technology curriculum. This includes supporting teachers in rural areas, he said.

Macpherson said with interest in technology usually declining after the early high school years, schools and tertiary educations institutions need to work together to encourage students from the age of 12 to 14 years of age to continue to study IT as a subject. The survey found at 12 years of age, 80 per cent of students thought studying IT would be interesting, and by the age of 18 years only 38 per cent thought it would be interesting.

“The thirst for technology consumption does not translate into an interest in pursuing technology as a career,” she said.

“Sustaining and increasing productivity in modern economies largely depends on the application of new technology, and current and projected labour force figures suggest we do not have sufficient graduates entering ICT jobs.”

The ACS is also pushing for the ACARA to extend mandatory study of technology beyond Year 8.