“It is disappointing that the government clearly views education as a cost to be reduced rather than an investment to be leveraged," says Professor Andy Koronios from the University of South Australia 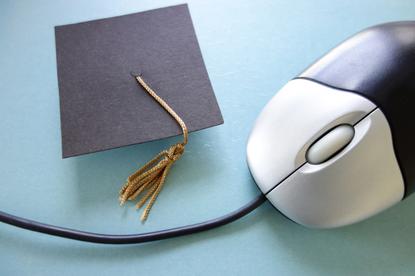 Changes to higher education student fee systems and funding cuts to research organisations in this year's budget are a concern for some people in IT and science sectors that are struggling to find staff and money to innovate.

Universities would be able to charge a student contribution up to a maximum of $3,900 per equivalent full time student (EFTS) for high cost courses and $1,700 per EFTS for low cost courses.

“All I see in the budget for education and research are negatives,” Professor Andy Koronios, head of School of Information Technology and Mathematical Sciences, University of South Australia, told CIO Australia.

“It is disappointing that the government clearly views education as a cost to be reduced rather than an investment to be leveraged… University ICT education does not simply provide training in narrow fields but educates them in research and digital innovation, skills that Australia sorely needs. I would have liked to have seen some recognition of this in the budget.”

Professor Suzanne Cory, president of the Australian Academy of Science, said the introduction of tuition fees for research students in PhD programs is of “great concern as these students are the engine for our nation’s research”.

The government is also cutting funding for one of Australia’s largest ICT and science research organisations, the CSIRO, by $111.4 million.

"Any time you reduce the number for researchers, you'll pay the price down the line," Associate Professor Mihai Lazarescu, head of department of computing at Curtin University, told CIO Australia.

"When they [researchers] only get contracts that have to be renewed every 12 months, what kind of future is in that? It's damaging not only in terms of long-term planning, but the way in which a researcher's work also depends on the amount of pressure they are under. So it becomes more of a survival game rather than trying to do something useful, which means the quality of work will degrade," he said.

Extra funding for medical research has been provided, however, with the establishment of a $20 billion Medical Research Future Fund.

“Clearly the medical research boost is welcomed but for other research and particularly lifting ICT education and research, I do not see anything positive,” Koronios commented.

"The commitment to medical research needs to be matched in the rest of the science sector or we will not be able to meet Australia’s big challenges," she said.

Australian Computer Society (ACS) president Brenda Aynsley said the focus on infrastructure and medical research is welcomed but the role of ICT in enabling these needs to be "highlighted and supported".

The ACS welcomed government changes to improve equity in the provision of student loans such as the removal of the 20 per cent loan fee applied to VET FEE HELP loans for vocational type students.

“Students outside the university system have been disadvantaged with administrative costs in addition to income dependent loans and were excluded from government support.

However, the HECS-HELP benefit will end from 2015-16, following a review of Demand Driven Funding System that suggested it wasn’t effective in addressing skill shortages in Australia.

The benefit was intended to encourage people to study certain courses and provide incentives to graduates to take up related occupations. The ICT industry has been facing skill shortages of late.

"It's a matter of whether the money provided to address a particular skills shortage is actually spent on that. You may be given a dollar, but only 10 cents is spent on addressing the problem," said Lazarescu.

“There was considerable opposition to the demand driven system when first announced which has since faded. We need to learn from the experience that sensibly staged changes give providers, potential students and government the time needed to take advantage of changes and avoid problems,” said Conor King, executive director of Innovative Research Universities.