Humans versus machines: Who will be employed in future?

It doesn’t have to be a situation where there are fewer jobs for humans in the future, says futurist Ross Dawson 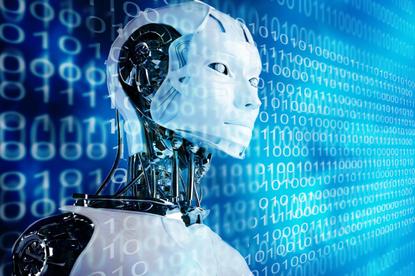 Are we heading towards a world where humans will have to compete with machines? Futurist Ross Dawson addressed this concern at the Australian Computer Society's YITCon event in Melbourne this week, and spoke about how to stay ahead of the game when it comes to jobs in the future.

“Robots and artificial intelligence are getting better and better over time. So we have robot vacuum cleaners, we have robot dish washers… [robots] being able to fold the laundry. Now this happens to be quite expensive machines... but we can have household robots do these kinds of tasks,” said Dawson

“Drivers are being challenged. Drivers may not exist. Mercedes just announced they have a semi-trailer, a big truck, which is going to drive around without a driver driving it.”

More knowledge tasks are also being handed over to machines, he said. He used the example of IBM’s Watson supercomputer assisting doctors by looking through hundreds of thousands of documents and data to come up with a suggested diagnosis to complex diseases such as cancer.

There is the risk that in 'outsourcing' to machines over time humans lose certain capabilities and will be unable to do some tasks manually if they ever need to in the future.

However, it doesn’t have to be a situation where it’s humans versus machines and there are fewer jobs for people, Dawson said. Jobs for humans are not necessarily reducing, just changing, and it’s more about working together with machines to increase humans' capabilities, he said.

“Again, doctors together with technology can be better [themselves] — with the robots, the artificial intelligence.”

The days where young people could just pass school to get a low-to-medium-skilled job and live comfortably for the rest of their lives are disappearing. With machines capable of doing many basic to complex tasks, it forces people to gain deeper expertise, become smarter in order to get work.

“Back in the '70s and '80s, when you did a degree you were able to live off the fruits of your labours for quite some time. Today, when you get a degree, it is already out of date. So what does have value is deep, world-class expertise. You can’t just be the best in your domain locally; you must be at the right level globally," Dawson said.

“Third piece, which is distinctively human and keeps us miles ahead of the machines, is creativity. The ability to do magic, pull together things that we read or things we dreamed or conversations we’ve had into something that is new.”

Read: Pat Hanrahan of Tableau says the “complex decisions that people make… are not going to be turned over to machines”

However, it’s not only having deep, world-class expertise in one domain, Dawson said. The future is going to require people to find complementary disciplines that when combined with their current knowledge create more value for companies.

“Clearly you can’t be a world class expert in 20 domains, but you can say there are two complementary domains. Deakin University recently released a master’s in business and data analytics. These two complementary skill sets is where we can create value.”

With technology constantly evolving at a more rapid pace, informal learning will continue to be key in future, Dawson said. He used the example of TopCoder, where coders compete not only for prizes but to learn from others how and why a project succeeded or failed, and improve their own skills and processes.

“If you want to be a world class expert, the only and the real way to do it is find those who are the experts, follow them on their social media, engage and have conversations in that community.”

Community is how you build that social learning out of which world class expertise happens, he added.

Scientists and technologists will be critical in the future to program and manage these machines that we rely so heavily on, he said. And they are also critical for innovation.

A recent example of innovation Dawson gave was the launch of virtual reality software High Fidelity by Philip Rosedale, the creator of Second Life. Working with specialists from Pixar, who worked on the Brave movie, High Fidelity can pick up on people’s expressions, which the avatar mimics.

Even though machines can be stronger, faster and smarter than humans, they don’t automatically come with humanity, Dawson pointed out. The high-level ethical decisions that humans make means that we can’t simply hand over all power to the machines to run our jobs.

“We have the power to create ourselves; we can change our genetics. We can literally change who we are as humans, let alone the impact on the nature of work and the shape of the planet. This is something where you all must be ethicists, who are making ethical choices.”