UK government reportedly working to end its reliance on Oracle

The request is 'bad advice,' says one analyst 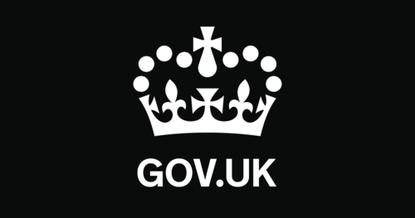 The U.K. Cabinet Office has reportedly asked government departments and agencies to try to find ways to end their reliance on Oracle software, but it's not clear that approach will really solve its problems.

Motivating the request was the large but unspecified number of Oracle licenses currently supported within the U.K. government, The Register reported. Included in that count are apparently licenses covering individual leaders whose departments already pay for licenses of their own as well as separate software versions being supported.

The Department for Environment, Food and Rural Affairs (DEFRA) alone has paid £1.3 million (US$2 million) per year for some 2 million Oracle licenses, or about 200 licenses per staff member, The Register found in an earlier investigation.

Neither Oracle nor the U.K. Cabinet Office responded immediately to a request for comment.

Oracle is in first or second place in terms of spending for most large IT organizations, so it's no great surprise that the U.K. government is trying to minimize that spending, said Craig Guarente, co-founder and CEO of Palisade Compliance, which helps Oracle customers negotiate with the database giant.

Oracle, meanwhile, continues to try to increase those expenditures, he said.

Before launching his current firm, Guarente oversaw contracts at Oracle. "I started at Oracle in 1995," he said. "It was a hard-charging, sales-led company then, and it is now."

Costs keep going up, and "that frustrates customers," he added. But "Oracle is not going to give you a plan to help you spend less with them."

Of course, exacerbating the situation in the U.K. government's case is the fact that different departments have apparently been buying their software in different ways, he noted.

"They clearly have some issues on their side," Guarente said. "They're not using a coherent plan."

Indeed, the problem is the way the U.K. government forces departments to buy software, asserted Duncan Jones, a vice president at Forrester Research who has blogged on the topic.

"It's stupid to tell departments to use software that's cheaper but isn't as good," Jones explained, noting that many Oracle products come out at the top of Forrester's own evaluations.

"The edict is bad advice," he said. "These are people with laudable goals, but some don't know what they're doing."

It's a similar situation in most governments around the world, he added.

"It's impossible to help them," he said. "They're sick, but they can't get a doctor because they're not allowed to."

The only way to get a good deal with a software vendor is "to say, 'hey, we have a long-term relationship with you,'" Jones said. "We'll make you a preferred source, so give us a really good deal."

It should be a strategic decision rather than a tactical one, in other words.

"If Oracle is the right choice for a strategic partner, you've got to say that and make it happen," Jones said.

In general, large organizations tend to have a difficult time "getting their arms around all of the software licenses they own," said Frank Scavo, president of Strativa.

"I seriously doubt that the U.K. government can rid itself of Oracle completely, but it may make progress in reducing its dependence on Oracle, or at least negotiating more favorable terms on some of the larger contracts," Scavo said.

The degree to which Oracle's software is already embedded in some organizations is in many ways its "saving grace," Guarente agreed.

"Companies can chip away at its renewal base," he said, but "new purchases might be where Oracle is most threatened."