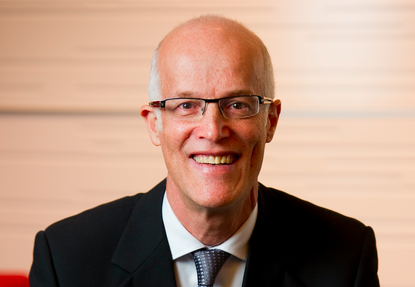 Australian web traffic will grow at a rate of 21 per cent a year for the next five years, according to Cisco’s latest annual Virtual Networking Index (VNI).

By 2020, IP traffic will reach 1.9 exabytes per month, running at an average six terabits per second. The VNI forecasts that, four years from now, the digital equivalent of all movies ever made will cross Australia’s IP networks every three hours.

“This year we’re going to cross the zettabyte,” said Kevin Bloch, Cisco CTO, at a VNI briefing in Sydney. “1.1 zettabytes in the world [annual global IP traffic]. Most of our brains can’t even comprehend how big that is.

“By 2020 alone, nearly as much traffic will traverse the network as in all the Internet years up until 2013. That is a huge amount of traffic, in terms of what it means to society and what it means to build and support the infrastructure.”

Using NBN Co’s published plans as a guide, the VNI predicts that fixed broadband speeds in 2020 will reach an average of 44.3 Mbps in Australia – slower than the 47.7 Mbps forecast globally and 51.3 Mbps forecast in APAC.

“We’re ahead today and will be lagging in the future,” said Bloch. Australian mobile network speeds, however, are predicted to reach 16 Mpbs, nearly double the 8.6 Mbps predicted globally.

The majority of this traffic (82 per cent) will consist of video, a three-fold growth from 2015. Driving this rise in traffic will be the demand for 4K video and 360 degree videos, which Bloch predicted would become the norm. Video surveillance was also “going ballistic”, he said.

“People misunderstand what happened with 3D televisions, which was a bit of a fizzer, to what’s happening with 4K. It takes six times the bandwidth when playing 360 degree videos. Kids are playing that without thinking about it. Think about the telcos who’ve got to support this stuff.”

Mobile data traffic will grow five-fold from 2015 to 2020, twice as fast as fixed IP traffic, according to the VNI.

This growth will come at the cost of the desktop – traffic from PCs will continue in a downward trend to 51 per cent in 2020 from 71 per cent last year.

“Smartphones are set to eliminate the PC’s dominance,” said Bloch.

By 2020 two-thirds of Australia’s total IP traffic will be through fixed Wi-Fi, and the APAC region will lead the world in the number of home and public hotspots. As consumers continue to ‘cut the cord’, Wi-Fi hotspots will grow globally by a factor of seven.

“A telco’s infrastructure has to support this kind of demand,” said Bloch. “It’s massive. I don’t know any industry that has to support these kind of numbers. The demand is inextricable and it’s huge.”