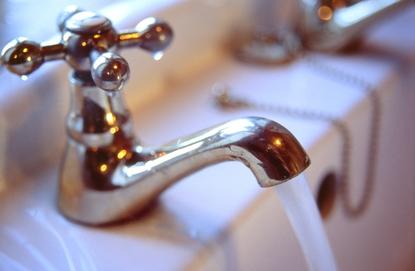 Sydney Water has selected a consortium led by Wipro to design, build and run new ERP, billing and CRM systems in its 'once in a generation investment'.

CapGemini and Ernst & Young have joined Wipro to implement what will be one of the largest SAP S/4HANA landscapes for the utilities industry in Australia.

The consortium will be responsible for design and development, platform implementation, legacy integration, data migration, reporting, deployment and run services.

Expressions of interest for the program were sought in June last year and a shortlist of three companies – Wipro, CapGemini and Accenture – was announced last August.

The companies were put through a seven week ‘interactive dialogue process’ before any deal was signed to enable Sydney Water to get the measure of any potential partners’ capabilities and cultural fit.

“We said rather than make a judgement on the shiniest, glossiest, most well-presented proposal – pre contract at the partner’s expense, we took them through an interactive dialogue process. That allowed us to explore every single dimension of our relationship… All of the facets you'd include in a contract we were able to explore with the three parties and give feedback over the process,” Sydney Water CIO George Hunt told Computerworld.

“Because we were issuing a contract for up to five years we wanted to make sure we select a partner that has a good cultural fit, global capability, appetite and passion. That can demonstrate willingness to have some pain and gain share, demonstrate skin in the game as well as commercial appetite.”

Following what Sydney Water’s executive lead Paul Freeman called an “extensive and exhaustive process”, the strengths and weaknesses of each company were identified, as well as their ability to adapt (as a former Wipro employee Hunt was counted out of this stage for probity reasons).

Encouraged by Sydney Water, Wipro and CapGemini joined forces, bringing in Ernst & Young to lead the change management element of the work.

The implementation is expected to take around three years, with contracts continuing for two to three years afterwards to avoid the risk of “design, build, then run away” Hunt joked.

“The most risky point of a SAP transition is between build and run. The point where you've built the system, you've tested it and you start to migrate and cut it over into the business. We wanted to mitigate that risk. We said, ‘We want to engage a partner that will help us build the aircraft, and then fly it with us’,” he said.

“We didn't want to be the system integrator, we didn't want to issue a series of work packets to the market and then [have] Sydney Water join up those packets. It's just too risky to us,” Hunt added.

“If you're deploying an old version of SAP you don't get the best resources, you don't attention, you can't attract the kind of talent that you want. And not long after you deploy you're then looking down the barrel of an upgrade path," Hunt said.

"We thought, if we can satisfy ourselves around the risk profile, and we can get the right backing from SAP and we can select the right partner then we felt that the right way forward was to be reasonably progressive in our selection. Not bleeding edge, but on the progressive edge.”

Work will begin with the CRM and billing engine alongside smaller back office projects, Hunt explained. As a statutory State Owned Corporation, Sydney Water will leverage on the GovDC marketplace.

Hunt said lessons had been learned from the utility’s disastrous Customer Information Billing System implementation in 2003.

The project suffered lengthy delays, and a budget blow-out of nearly $100 million which led to a costly legal battle between Sydney Water and PricewaterhouseCoopers Consulting.

“As a business, we have learned the lessons from our failed attempt at implementing a CRM in 2003. I believe we have a robust governance framework in place and are recruiting the best talent to ensure these implementations are a success,” Hunt said.

“We are delighted to partner with Sydney Water and this is very strategic engagement for us. Wipro has strong domain expertise in Water Utilities and we will draw upon global insights for Sydney Water to drive efficiencies and superior customer experience,” said Arun Krishnamurthi, Wipro global head of utilities.