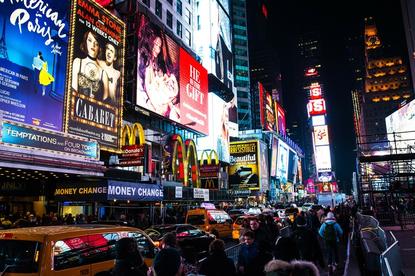 As anyone that has relied on a sat-nav to guide them through a built up, city environment will attest: GPS systems are highly prone to failure around tall buildings.

Without a clear 'sky-view', global navigation satellite systems (GNSS) typically fall back on inertial – often called dead-reckoning – sensors in the device to fill in the gaps. The result can be an estimated location far removed from reality.

This is frustrating when trying to navigate a city, but a far more serious issue for connected autonomous vehicles (CAVs) which rely in part on GPS to operate.

“If you're in a major downtown area with tall buildings, or in a tunnel or in an underground parking lot, a GPS system can fail, preventing it from delivering accurate results. As well as being inconvenient for current drivers, this is not an option as we enter the era of driverless cars," explains Paul Alexander, chief technology officer of Adelaide-based Cohda Wireless.

"Such failures result in unpredictability and indeterminism of vehicle position, leading to potentially erroneous decision making and unsafe manoeuvres, effectively compromising the safe operation of CAVs," he says.

Nor will global standards permit it, with SAE guidelines on connected cars requiring 1.5 metre location accuracy be met 68 per cent of the time.

The fix, according to Cohda, comes in the form of an onboard device plus roadside units rolled out to these 'urban canyons'. V2X-Locate – which the company claims is a globally unique product – was launched this week.

“We solve the problem caused by GPS and satellite-based positioning systems not working in all use-cases,” Alexander says.

Accuracy in the Big Apple

In a V2X-Locate deployment, roadside units are deployed at fixed locations and broadcast their location via WAVE service announcements and geonetworking messages. Through the broadcasts, the location of the units are known to any vehicle in range.

Algorithms then correct for atmospheric disturbance and the 'multipath effect' of signals bouncing off of buildings.

"A combination of accurate timing and multipath aware enhancements are used to achieve range accuracy in the order of nanoseconds," the company says.

The technology has already been deployed in an Australian mine.

“That’s where V2X-Locate was born. Cohda has worked in that area for several years, providing accurate positioning for vehicles where no GPS connectivity is available," Alexander says. “The hardest place to do positioning is one kilometre underground with a cubic kilometre of copper above your head."

In October, the technology was trialled above ground on along a section of 6th Avenue in New York.

The results showed a significant improvement compared with GNSS – with a better than 91cm accuracy (against GNSS's 2.5 metres).

A significant amount of investment in infrastructure and roadside devices will be required to make cities GNSS blackspot-proof. However, there is growing interest from governments to make roads CAV ready.

Last year Cohda received $2million in grants from the South Australian government to test their technology on the streets of Adelaide. A trial was also run there in collaboration with Telstra.

Trials examining the interaction between connected vehicles and the road have been launched in Sydney. Transurban, which wholly or partly owns 13 major roads in Australia, is also rolling out devices and IP-enabled technology along its highways.