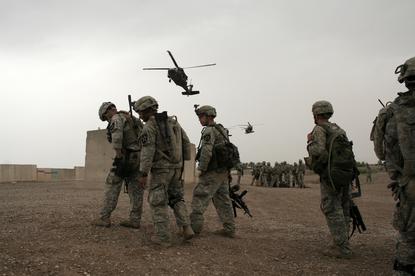 The successful candidate will “drive the digital strategy for Australia, ensuring cohesion with global operations by optimising existing solutions and managing a portfolio to initiate new capabilities” the vacancy, posted earlier today, states.

“Operationally you will ensure that system performance is aligned to SLAs and delivery objectives. You will coach, lead and manage a team of capable leaders to ensure rewarding career and performance outcomes. Additionally you will manage financial requirements and align to budget,” it continues.

The company is seeking someone who has previously worked as a CIO in a large business, with an “extensive digital transformation background”.

“You are focused on continuous improvement, with the ability to continue to evolve an IT function,” the post says.

Thales is major partner of the Australian Defence Force supplying armoured vehicles – including the seven-tonne four-wheel-drive 1100 Hawkei, which is built in Bendigo – submarine sonar equipment and arms.

It has undertaken a number of joint research projects with the Defence Science and Technology Group (DSTG) and the Commonwealth Scientific and Industrial Research Organisation (CSIRO) as well as a number of Australian universities, including RMIT with whom it is developing a new fuel cell system.

The role is based at Thales’ offices at Sydney Olympic Park.

The company has operated in Australia for 10 years, and has 3600 employees at multiple sites across the country.

Earlier this month it announced it had partnered with Microsoft to develop a common defence cloud solution for armed forces.

It is based on Microsoft’s Azure Stack platform, which allows providers to build their own versions of Azure in private data centres. The modular solution will allow armed forces to keep their sensitive data inside their own infrastructures, the company said.

Thales is also behind the new $1.2 billion air traffic management system being rolled out nationally – OneSKY – which will manage all civilian and military air movements across 11 per cent of the earth’s airspace.