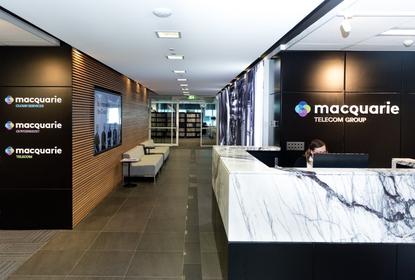 Macquarie Government has signed an exclusive deal with US-based Mesosphere to offer its cloud management technologies to Australian Government agencies.

In September 2017, Macquarie Government joined other cloud providers whose services are certified for use with classified government information.

As previously reported, Macquarie Telecom was the first local cloud provider to join the government’s Certified Cloud Services List (CCSL), which is maintained by the Australian Signals Directorate (ASD), with the company’s GovZone infrastructure as-a-service (IaaS) offering added to the CCSL in May 2015.

This means that the Mesosphere application will be hosted "within a certified and assessed Macquarie Government cloud environment; this takes care of the infrastructure layer", Dayle Wilson, chief product and operating officer at Macquarie Telecom Group explained to ARN.

"Similar to other software applications, agencies will need to undertake their own risk assessment for the Mesosphere service,” Wilson added.

Furthermore, the deal sees Macquarie Government as the exclusive provider of Mesosphere solutions to federal and state agencies.

According to Macquarie Government, the framework will help government agencies drive and leverage big data investments, reduce spending on public cloud by up to 30 per cent, cut project application development lifecycles by almost half and accelerate time to value for new digital initiatives.

The provider has offered Mesosphere a test facility and has completed proof-of-concept projects in Macquarie Government’s local data centres, which is available for demonstration.

"We look forward to working with the Macquarie Government team to assist federal and state governments to break the shackles of proprietary cloud lock-in and deliver an accelerated time-to-market with the infrastructure and services needed to deploy machine learning and IoT applications at scale," said William Freiberg, COO at Mesosphere.

“Their focus on cloud security and cyber security made them a natural partner for our DC/OS platform.”