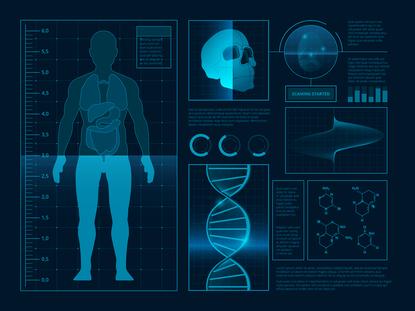 The roll out of the replacement PAS has been halted, while the Queensland Crime and Corruption Commission investigates.

Queensland Health director-general Michael Walsh said in a statement he had "provided allegations to a senior eHealth Queensland executive about a potential undeclared conflict of interest regarding an alleged relationship with a staff member“ involved with the PAS replacement.

The statement said that Ashby had resigned “for personal reasons”.

The PAS records and retrieves non-clinical related information about patients, and is separate to the state’s digital hospital system – the Integrated Electronic Medical Record (ieMR).

According to Pulse+IT  Queensland Health issued a restricted tender for the roll out of PAS, to which only five multinationals were able to bid for the $210 million project.

Pulse+IT understood them to be Cerner, DXC Technology, InterSystems, Allscripts and MEDITECH.

US firm Cerner is the supplier of the $600 million ieMR roll-out, which has come under fire from clinicians.

The Brisbane Times reported this week that doctors had warned software flaws were putting patients at risk of serious harm.

Brisbane Times and 9News reported that a document the outlets obtained said that Cerner “disengaged” from an investigation into outages of ieMR last year.

“Cerner did not provide all the requested logs from the relevant systems (and) consistently provided incorrect logs for incorrect dates," the report allegedly stated.

9News last year reported that an outage in May 2017 was blamed on the WannaCry ransomware attack —  but the subsequent report said no evidence was found “linking the cyber security threats…to the ieMR incidents”.

The ieMR has also suffered major cost blow-outs, and is estimated to cost $1.2 billion until 2025. A Queensland Audit Office report in December recommended the Department of Health and eHealth Queensland get a better handle on “the actual cost” of implementation.

The audit office also recommended the department “provides greater assurance that it is obtaining ongoing value for money from its ieMR vendor” suggesting it conducts “comparative vendor price analysis where possible”.

“This should occur at appropriate intervals and, at a minimum, before each contract extension decision,” the office said.

Queensland Health’s Walsh said that “the allegations are not related to the rollout of the state’s digital hospital system [ieMR]”.

Ashby was appointed chief executive of eHealth Queensland and CIO of Queensland Health in February 2017, joining from a CEO role at Queensland Metro South Hospital and Health Service.

“The key thing is strategy,” Ashby told CIO Australia shortly after commencing the role, “And, in particular, creating an understanding in our business, the eHealth business, of the dependency now of the health system on us. We cannot fail. Because if we fail, it can bring down a hospital, or it can bring down a system.”