Course will have an “emphasis on high-tech experiments" 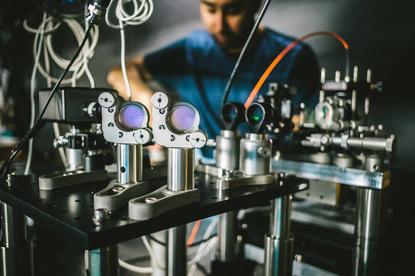 The University of Queensland (UQ) is launching a new quantum technology masters program, which it says is the “first of its kind” in Australia.

The course comes in response to booming interest and investment in quantum tech around the world, said Professor Tom Stace from UQ’s School of Mathematics and Physics.

“It’s exploding, with global investment creating openings for an estimated 20,000 specialists in the quantum field, with a shortage of talent not only in Australia, but worldwide,” he said.

A number of the world’s biggest companies are seeking qualified specialists to work on their quantum technology efforts, including Microsoft, Google and IBM. Smaller firms, like Sydney’s Q-CTRL and Silicon Quantum Computing are also keen to secure staff with relevant expertise.

“Graduating students will be attractive to an international market, including both Fortune 100 companies and quantum technology start-ups,” Stace said.

UQ will enroll students on the ‘Master of Quantum Technology’ course from July. Students are required to have a degree in computer science, engineering, information technology, mathematics, chemistry or statistics to apply.

The course will have an “emphasis on high-tech experiments with cryogenics, superconductors, quantum gases, quantum optics and quantum optomechanics” the university said.

“Quantum technologies are finding applications in cryptography, chemistry simulation in medical and industrial processes, and the development of more accurate sensors for detection and measurement,” Stace said.

“The field is deeply fascinating, and understanding in this area will be increasingly important as a technological foundation for new professionals,” he added.

Over the past 25 years its quantum science research has received close to $100 million in funding.

“It just shows that UQ is the perfect place to learn about our quantum future, and we’re busy preparing our students with these highly sought after skills. We can only dream of what they might help build, helping create a better future for us all,” Stace said.