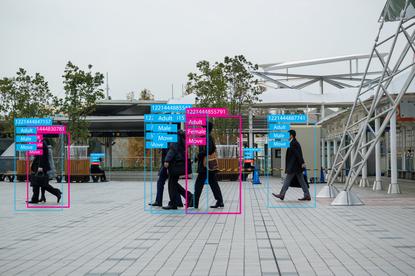 Sydney-based Appen has entered into a binding agreement to acquire US-headquartered Figure Eight Technologies for up to $430 million.

Established in 1996, Appen listed on the Australian Securities Exchange (ASX) in 2015 and specialises in the development of human annotated data-sets used to train artificial intelligence (AI) and also for machine learning.

The acquisition will consist of $250 million (US$175 million) of upfront consideration, plus additional contingent consideration of up to $178 million (US$125 million) payable in March 2020 – based on achievement of incremental FY19 subscription software revenue targets, making up to $430 million.

Backed by venture investors including Microsoft and Salesforce, Figure Eight Technologies was founded in 2007 and is the provider of a machine learning platform that uses automated annotation tools to transform unstructured text, image, audio and video data into customised AI training data.

With the addition of Figure Eight Technologies' capabilities, Appen will be able to deliver training data faster at the same time it increases its volume and quality.

If the acquisition goes ahead, Appen will benefit from Figure Eight's approximately 200 customers and engineering and data science teams to accelerate Appen’s technical capabilities and offerings.

"The union of Appen and Figure Eight creates a unique, exciting and powerful opportunity for our customers," Appen CEO Mark Brayan told shareholders.

Figure Eight employs 107 people and its co-founder, Lukas Biewald, will remain as an adviser to both companies.

"I’m extremely proud of the team," Biewald said. "This transaction is a genuine validation of everything we’ve achieved and a great platform for our teams to combine and continue to do amazing things in AI."

The completion of the acquisition is expected for March-April 2019. Following this both companies will operate independently throughout the rest of the year.

Following that, in 2020 Figure Eight’s team and technology will be fully integrated and become part of Appen’s future growth.

Figure Eight has technology partnerships with AWS, Google Cloud, IBM and Microsoft. It's revenue for 2018 was $42 million, growing at a compound annual growth rate of over 50 per cent since 2015.