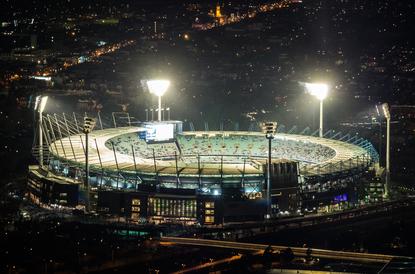 "Born in the cloud" according to director of technology Thomas Kaurin, Kayo has leveraged Amazon Web Services to help the company "build a total new green field OTT platform from ground up".

"From day one the methodology was to ensure everything possible was done cloud first when it made sense to. This cloud first architecture was already a strategy the wider team had been following for some time,” Kaurin said.

While the Kayo platform was chiefly built internally and is highly bespoke, the firm partnered with vendors on non-core business elements. Partnering with AWS – a partner to the likes of Fox Sports in Australia, BT and Amazon Prime Video – was "a natural choice" Kaurin said.

“We focus on the integration between vendors and our own services. We build abstraction layers over the top of this service which gives us flexibility in our operations,” he said.

Although a cloud-first company, Kayo runs AWS Elemental Live transcode platform and a bespoke automation platform built in house on-premises. This proved the most efficient way for Kayo to leverage the broadcast outputs already being created at Foxtel and Fox Sports for delivery to the cloud.

“Still this only creates mezzanine format out to the cloud where we reply in AWS MediaPackage to repackage to our different formats,” Kaurin explains.

The set up allows for streams to be viewed on viewed on a range of devices, including iOS and Android mobile devices, laptops and PCs, and on TVs with Telstra TV, Apple TV and Chromecast Ultra apps.

Given the potential wrath of sports fans losing service at a crucial moment, Kayo is architected for availability, scalability, and low latency. EC2 provides compute , while AWS Elemental MediaPackage is supported across multiple availability zones to repackage and originate content for delivery to the CloudFront CDN.

“We have also partnered with Akamai and run a multi-CDN and multi-origin and have redundant diverse paths of our video transmission chain to both. Which CDN our users hit is based off real-time dynamic rules we run and can control at the end of an API,” Kaurin says.

In a worst case scenario, “we have built multiple layers of failover/fail-open into the platform to ensure that at a minimum the user can view the content,” Kaurin adds.

As with any new viewing service, but especially one made for sport, “it’s critical we deliver the best possible experience”.

Kayo offers features such as split view, for streaming up to four feeds at once be they from different sports or different camera angles; key moments, which ‘ditches the filler’ and filters for ‘back to back action’.

The sports streaming market is increasing in size and competitiveness. According to Telsyte, sports content is a “big driver” of growth in the Australian subscription video on demand (SVOD) market, which as of June was up 54 per cent on the previous year with 9.1 million subscribers.

While Netflix and Stan dominate the total number of subscriptions, SVOD viewers of AFL, NRL, and Netball numbered in their millions at last count. Despite the technical issues, Telsyte estimates more than two million Australians watched the FIFA World Cup in June 2018 via Optus Sport.

Telsyte forecasts Australians will hold more than twice as many SVOD subscriptions (22 million) by the end of June 2022.

To stand out and stay relevant, Kaurin’s understands the need to constantly improve the Kayo platform.

“We want to keep providing a quality user experience with continual improvement over the coming year with new features and experiences sports fans will love. For tech [our aim] is to keep the focus on improving the delivery of video in terms of quality, stability and latency,” he said.