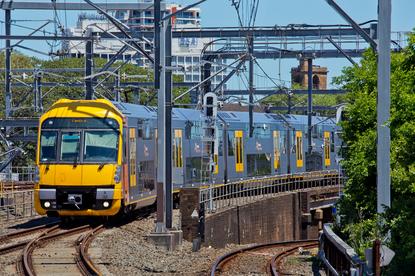 Telstra has revealed a $13 million investment to improve mobile network coverage for commuters travelling from Hornsby to Wyong.

The "joint venture" will cost a total $25 million, following the $12 million contract awarded to Telstra by Sydney and NSW Trains on 22 March.

A new mobile infrastructure will be built on the Central Coast rail corridor covering 68km of train tracks, and will also deliver Wi-Fi at train stations along the rail corridor.

Telstra commercial engineering executive Sriharan Amirthalingam said, in a blog post, that the constructions have commenced and services will be delivered progressively over the coming months.

"For commuters along the New South Wales Central Coast, the challenging terrain means patchy mobile coverage in some sections leading to an inconsistent and frustrating experience for those wanting to respond to emails, stream videos or post on social media," Amirthalingam said.

"The landscape between Hornsby and Wyong stations is some of the most rugged along the NSW rail network, and the tunnels, mountains and national parks in the surrounding area make building mobile infrastructure in the area particularly complex. This will soon change.

"Our investment in this initiative will see us delivering connectivity to over 90 per cent of this rail corridor so Telstra customers can make the most of their commute."

The mobile communications services contract's initial duration was for 15 months later amended to 24 months having started in December 2018 and running until December 2021.