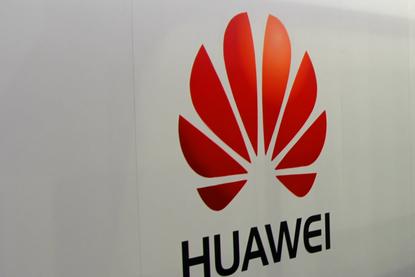 Although the Australian government has blocked the company from participating in the rollout of telcos’ 5G networks, Huawei says it has registered strong growth in its local carrier business.

Huawei Australia today said its carrier business had grown 20 per cent year on year, thanks to “strong network investment” from Optus and Vodafone.

Huawei revealed in August that it had been informed by the federal government that it would not be permitted to supply 5G equipment to Australian telecommunications carriers following advice from national security agencies.

In a speech in October, the head of the Australian Signals Directorate, Mike Burgess, said the decision to stop telcos from using “high-risk vendors” to source equipment for their 5G rollouts was “not taken lightly” and followed an “extensive review of the national security risks to 5G networks”.

Optus and Vodafone have both used Huawei equipment in their 4G networks. Since the Australian government’s 5G decision, Optus has revealed it is pursuing a multi-vendor strategy, turning to both Nokia and Ericsson to support its rollout of the next-generation wireless standard.

In February, Vodafone indicated it was still developing a 5G roadmap in the wake of the ban. In April the telco’s CEO, Iñaki Berroeta, warned of “significant long-term implications” from only allowing Australian telcos to choose between two vendors to provide equipment for 5G.

“Network equipment is a critical input into a fast-moving industry,” Berroeta said. “Australia has now voluntarily, and well ahead of decisions in many other Western countries, submitted itself to a duopoly.”

A Huawei Australia document lodged earlier this month with the Australian Securities and Investments Commission (ASIC) noted the government's decision, which it said “did not materially impact the current year financial performance, but may reduce the scale and growth of the company in subsequent years.”

“In the opinion of the directors this was the only significant change in the state of affairs of the Group that occurred during the financial period under review,” it adds.

In the 12 months to 31 December, Huawei’s Australian arm registered profit after tax of $29.3 million, up from $15.6 million a year earlier.

In a statement, Huawei Australia’s chairperson, John Lord, said it was the company’s best results in its 15 years in the local market.

“It’s fair to say we had a challenging year on the political front, but our Australian customers valued and trusted our world leading technology and purchased it in record numbers,” Lord said.

“These results make it very clear Huawei is the leading supplier of innovative telecommunications solutions and it’s a great shame Australian’s will miss out on our 5G technology,” the Huawei Australia chair said.

“Countries that choose to work with Huawei will gain an advantage for the next wave of growth in the digital economy.”

Huawei Australia today announced that Haosheng Liu (Hudson Liu) had been appointed CEO. He originally joined Huawei in 1998 and has held a string of senior roles. Prior to joining the vendor’s Australian business he was chief executive of Huawei Indonesia.