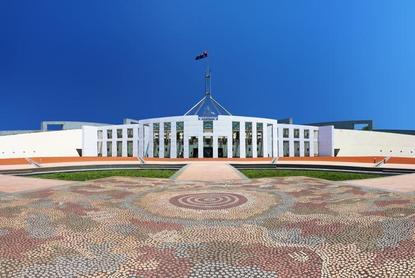 Paul Fletcher will oversee the rollout of the National Broadband Network as Australia’s new communications minister, ahead of the scheduled completion of the NBN in 2020.

Prime Minister Scott Morrison today unveiled his new ministry, with Fletcher appointed to the role of minister for communications, cyber safety and the arts.

Fletcher was first elected in 2009 as MP for the northern Sydney electorate of Bradfield. Prior to his political career, he was the head of corporate and regulatory affairs at Optus for almost eight years and briefly ran his own telco-focused consulting firm. From mid-1996 to early 2000 he served as chief of staff for then-communications minister Senator Richard Alston.

Between 2013 and 2016 Fletcher served as the parliamentary secretary to the minister for communications, Malcolm Turnbull. He then held a string of ministerial positions in the Turnbull government. Fletcher joined the cabinet in August last year as minister for families and social services.

Morrison said that outgoing minister for communications and the arts Senator Mitch Fifield would, at some point, leave parliament to take on the role of Australia’s ambassador to the United Nations

The PM said that it was Fifield’s decision to leave his ministerial position. “I would have been very happy for Mitch to continue to serve in communications and arts,” he told a press conference.

“I think he has done an outstanding job in what has been a very difficult task in the NBN, and Paul Fletcher comes to this hold no stranger to these issues, he has a deep experience when it comes to ICT in this  country, and I think he will be a great success.”

In a statement Stanton said that, as parliamentary secretary for communications, Fletcher had “worked closely and constructively with industry and other stakeholders on a package of ‘red-tape reduction’ initiatives.”

“I think Paul recognises, better than most, that a balance needs to be struck between the imposition and costs imposed on industry and consumers by additional layers of regulation, compared with the benefits that can be generated,” Stanton said.

“We look forward to working with the new minister.”

“Mitch maintained a strong focus on the interests of telecommunications consumers and on improving coordination and execution in the broadband supply chain,” he said.

“We congratulate Paul Fletcher and very much look forward to working with the minister who brings a wealth of direct portfolio experience and knowledge to his new role as communications minister,” said Chris Althaus, CEO of the Australian Mobile Telecommunications Association (AMTA).

“This is an important time for industry and government collaboration, as we need to ensure a clear path for network deployment and allocation of spectrum is developed to enable an effective 5G future that will benefit Australian business and society while keeping Australia at the forefront of next generation mobile telecommunications.”

The AMTA CEO thanked Fifield for his contribution to the communications portfolio.

‘Cyber safety’ was not part of Fifield’s ministerial title, and the greater emphasis on the area follows a pledge by the Liberal Party to introduce a new Online Safety Act. In May, Morrison said that a re-elected Coalition government would strengthen penalties for online harassment as part of a range of measures, including giving parents the option of a filtered Internet service and ensuring online apps marketed to children “default to the most restrictive privacy and safety settings at initial use or set-up.”

Peter Dutton will continue in his role as home affairs minister, presumably making him the most senior member in the government when it comes to cyber security.