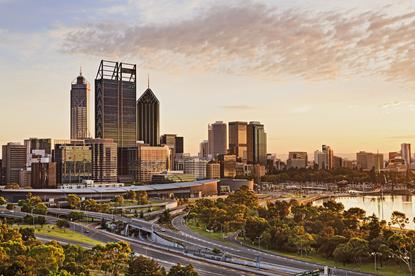 ASG Group has beaten five other bidders to secure a $75 million deal with Main Roads Western Australia for the management and support of its ICT infrastructure.

The contract was awarded on 22 July for an initial three-year period with the possibility of a two-year extension.

Under the contract, ASG will provide applications and infrastructure managed services, including customised applications support and maintenance for over 100 applications.

ASG will also leverage its partnership with Microsoft to provide Dynamics 365 CRM, Sharepoint and Azure Support.

The work will apply to "various sites" within the metropolitan area of WA.

Main Roads received six submissions for the tender published on September 2018. One of those was Empired who flagged an impact on its FY20 revenue of $10 million as it had not been selected as a preferred bidder.

Empired was the incumbent provider and in May its contract had been extended until August. Empired indicated that Main Roads had reduced its services under the existing contract, which is set to have an impact on underlying EBITDA of between $1.5 million and $2 million less than expected.

Empired secured the lucrative deal in October 2013 that came with an estimated value of $48 million over five years.

"With more than 300 highly skilled staff in Perth, ASG Group has been able to identify significant value-add opportunities that will allow Main Roads to further develop its operational and governance models," Langenbach said.

ASG comes from a long history of projects with Main Roads including initiatives that resulted in  more efficient IT systems, fulfilling the West Australian Government’s agenda of integrated transport systems and services – and ultimately, providing better services for the State’s motorists.

"The new contract we have now established with ASG represents an innovative approach within WA Government and we look forward repeating our success in working with ASG on this much broader front."

ASG Group employed 2,029 staff across nine branches in eight Australian cities in May. It has 290 enterprise clients across its 10 practices.