Leaves CSIRO group after four years to launch his own venture 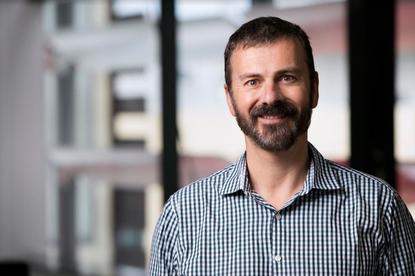 The chief executive officer of CSIRO’s Data61, Adrian Turner, is stepping down from the role after four years.

According to Data61 – the ICT-focused, commercial facing business unit of the Commonwealth Scientific and Industrial Research Organisation – Turner is departing the organisation to set up a his own venture.

Turner has led Data61 since its inception as a single entity in 2016, the result of a difficult and drawn out merger between National Information Communications Technology Research Centre of Australia (NICTA) and CSIRO’s Digital Productivity division.

He started work at the group in 2015, returning from 18 years in Silicon Valley where he co-founded the holding company Borondi Group and sat on the emerging technology advisory board for Accenture. While in California he also co-founded military vehicle, smartphone and IoT security software firm Mocana Corporation.

In Data61’s first year, Turner’s priority was stability for its scientists, who had faced months of uncertainty, constant funding cuts and looming job losses.

Since then the group has become a key player in security research; particularly confidential computing, trustworthy systems and distributed systems security. In this space it also launched global cyber security conference SINET61, and established a cyber-security hub in Melbourne.

As well as cyber security, Turner focused Data61’s research heft on key areas of what he considered “competitive advantage” including smart cities, data driven health and monitoring the environment.

Turner also shifted the organisation from its past reliance on producing spin-out companies – although there have been a number – to collaborating with industry on research and development.

Partnerships have been forged with the likes of CBA (to develop an app that could be used to impose ‘smart money’ limits on the spending of funds provided through the National Disability Insurance Scheme) and the Australian Taxation Office (on a regtech ‘new business concierge’ tool called PermitMe).

The division has also been behind a number of notable reports and standards during Turner’s reign – such as standards that will underpin the new Consumer Data Right regime, reports into the potential of blockchain technologies, a guide to help organisations effectively de-identify their data, and a still ongoing national AI ethics framework.

Late last year, Turner spoke out about Australia’s $315 billion ‘digital opportunity’ which he argued was “perishable” and would slip away if swift action wasn’t taken.

“It’s the most important conversation this country needs to have. We need to start a collective movement to change the trajectory of Australia,” he said.

"I don’t want to be alarmist," he added, "if we don’t solve this we will not enjoy the quality of life we do today."

During Turner’s tenure, Data61 has grown to more than 1100 staff, including some 400 resident PhD students. It was recognised in a report by the Organisation for Economic Co-operation and Development (OECD) earlier this year as a “global blueprint” for digital and open innovation.

“Adrian has made a significant contribution to CSIRO and Australia in understanding and harnessing the opportunities that digital and data science can deliver. Our relationship will continue beyond Data61, with CSIRO and Adrian exploring how we can work together on the new venture,” Marshall said in a statement.

A global search will now commence for his replacement, a Data61 spokesperson said.

Speaking to Computerworld in 2017, Turner said his favourite moments at Data61 were those spent at the coal-face with researchers.

“The highlight of my time is the time that I spend with the team,” he said.

“The other parts of my role I have to do – dealing with you know internal management teams that I report to, dealing with stakeholders – is necessary. The piece that really invigorates me is the time with the team and the passion that they have when they talk about their individual research,” Turner added.