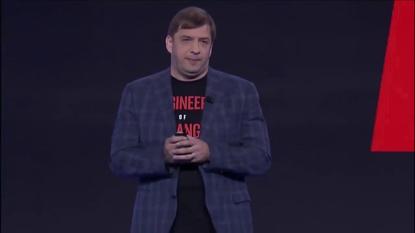 An internal message sent to the bank's IT staff by NAB chief technology and operations officer Patrick Wright said Misnik decided to "to leave NAB to pursue the next stage of his career", reported The SMH.

"I want to thank Yuri for his significant contribution to our transformation and launching our cloud journey."

According to the report, Misnik who was in charge of digital and corporate functions, stepped down on Monday.

"This is a critical role for NAB and we will begin a thorough search for his replacement from candidates both inside and outside of the company," the internal email stated.

Misnik joined the bank in November 2017. He was previously global digital CIO at HSBC in the UK, where he worked for approximately three years.

He had previously worked for AWS in the UK, Microsoft in the UK and Singapore. He also was head of online solutions, business and retail banking for CBA from 2004 to 2007. He also spent two years with the Australian Taxation Office as a senior architect and delivery lead.

"We treat information about employee arrangements as confidential,” a NAB spokesperson told Computerworld.

Computerworld understands Misnik decided to depart. NAB will begin a thorough search for his replacement while an interim structure has been put in place.

In July, NAB announced the appointment of Ross McEwan as group CEO and managing director announcing later his start date for on Monday 2 December 2019. Philip Chronican is the interim group CEO.