NBN warned over preferred treatment given to some RSPs 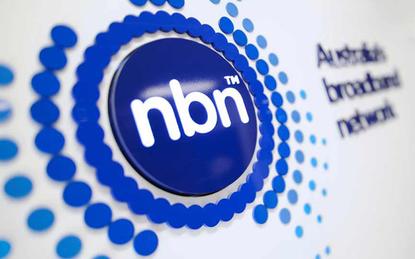 The Australian Competition and Consumer Commission (ACCC) has given a formal warning to NBN Co after it found the company was "discriminating" between retail services providers (RSP) for the supply of upgraded NBN infrastructure to business customers.

In February, NBN Co partnered with Telstra, TPG and Vocus for a design and construction trial ahead of the company’s launch of its Enterprise Ethernet offering.

It also included the design and installation of fibre infrastructure where the current or proposed NBN technology must be upgraded in order to support the supply of these services.

NBN Co also provided one RSP, listed in the formal warning as publicly-listed Macquarie Telecom, with indicative pricing information for its new Enterprise Ethernet service months before it gave the same information to other RSPs, the ACCC said.

The ACCC found that NBN Co did not give other access seekers an equivalent opportunity to consider the same information.

In June 2018, Macquarie Telecom signed a deal to use the National Broadband Network to deliver business-grade services under a six-year, $100 million deal with NBN Co.

"Macquarie Telecom is aware of the ACCC’s interest in the NBN Co but we have been advised by the ACCC that we were not part of the investigation and there was no finding in relation to Macquarie Telecom," a MacTel spokesperson said.

"We will continue to engage with the NBN Co, in line with the ACCC finding, to provide business-grade NBN for our customers."

As a result of the ACCC investigation, NBN Co admitted it did not have appropriate processes in place to ensure it was complying with its transparency and non-discrimination obligations.

“The ACCC has concluded that NBN Co failed to comply with its non-discrimination obligations on a number of fronts,” ACCC chair Rod Sims said.

“These legal obligations were enacted to ensure that NBN Co does not distort competition in the market for retail NBN services, such as by favouring larger RSPs.”

In this case, the ACCC has not identified evidence that the conduct resulted in specific harm or competitive detriment before it came to light.

“Market feedback suggests that NBN’s entry into the wholesale enterprise market has increased competition, particularly in areas where Telstra is the only other fixed-line infrastructure provider,” Sims said.

“Despite this, the ACCC is satisfied that NBN’s conduct amounted to a serious breach of its non-discrimination obligations. The undertaking we have accepted from NBN is intended to ensure that all access seekers can compete on an equal footing going forward.”

NBN Co has committed to offer consistent contract terms to RSPs for the supply of upgraded NBN infrastructure.

It has also committed to giving the same information to its customers at the same time. It will put in place extensive compliance arrangements, including an annual independent audit of its compliance with its non-discrimination obligations.

"NBN Co welcomes the clarity and certainty provided by the undertaking agreed with the ACCC," A spokesperson said. "The undertaking helps give certainty to both NBN and the market about the way we build our network and how Australian businesses can benefit.

The spokesperson said providing competitive offerings has always been part of NBN's intent and the company is now better placed to deliver value for the industry and for business customers.

"We take our regulatory obligations very seriously, which we will back up with processes that give our team the tools they need to meet and exceed our customers' expectations. We look forward to maintaining a cooperative and constructive dialogue with the ACCC."