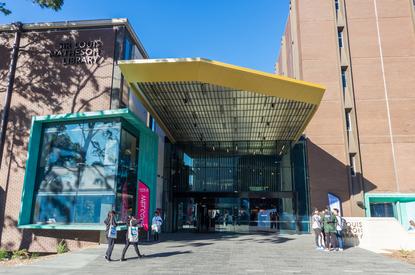 Maslin has more than 15 years of experience and was selected after an "extensive search".

At Monash, he will work closely with the University’s Data Protection and Privacy Office, Office of General Council, and other key functions to uplift security culture and awareness, strengthen security monitoring and incident management, and optimise the University’s IT risk posture.

A spokesperson for the university told CIO that the the interim chief information officer and Ed Messina, the IT security and risk manager, have driven information security functions at Monash prior to the creation of the CISO role.

Messina will continue to play a critical role in delivering the University's information security agenda, the spokesperson said.

Maslin has spent the last five years with the Royal Automobile Club of Victoria (RACV) where he started as the senior infrastructure and network architect and was most recently the organisation's cyber security manager.

At RACV, he was responsible for cyber security architecture, advisory, operations, audit, compliance, risk and culture/awareness.

“I’m thrilled to be joining Monash, and to have the opportunity to support the University’s work and impact on the world,” Maslin said.

"While this is a new role, it represents the formalisation of our existing function and recognition of the university’s ongoing commitment to the online safety of its students, staff and community."

He will report to Finlayson and will start on the new role on 11 November.

In June, it was revealed the university's CIO Trevor Woods was joining the University of Sydney as of September.