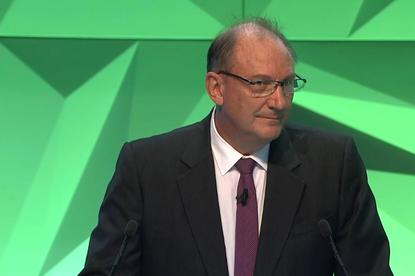 Without the NBN, over the last decade Australia’s big telcos would have delivered 100Mbit broadband services for the majority of the nation, Telstra’s chair has argued.

“It is always easier to comment with the benefit of hindsight, but it is my view that over the last 10 years private sector competition between strong players such as Telstra, Optus, TPG and others was always going to build 100Mb broadband access and speed to the majority of the population of Australia, in an ongoing competitive landscape and at no cost whatsoever to the taxpayer,” John Mullen said today in remarks prepared for Telstra’s annual general meeting.

“Governments could then have decided how much subsidy they were willing to provide the industry to extend this coverage to regional and rural areas where private sector economics were unattractive. This would have been at a fraction of the cost of today’s NBN.”

“Instead, however, in the NBN we have created a state-owned monopoly that is going to cost the country more than $50 billion,” the Telstra chair said.

Mullen said that Telstra needs to bear “part of the blame” due to its “recalcitrance in helping government at the time”.

(When the Rudd government was considering options for a national broadband network, Telstra infamously lodged a bid to build a network that did not comply with mandatory requirements relating to coverage and the inclusion of SMEs in the rollout. Telstra was excluded from the NBN tender, with the Labor government later deciding to establish its own publicly owned network wholesaler — NBN Co.)

Mullen said it was in the interest of Telstra and the rest of the telco sector to make the NBN successful. “Telstra is unequivocally trying to play its part in achieving this,” he told the AGM. “However, that decision 10 years ago has left a number of substantive challenges for the industry and Australia to solve.”

He said that in the decade since NBN Co launched, Australian mobile speeds have consistently been ranked among the best in the world, while the nation’s fixed broadband ranking has languished.

The NBN rollout has had a significant economic impact on fixed broadband providers, including Telstra. Telstra CEO Andy Penn has described the NBN project as essentially a “re-nationalisation” of a “material part” of the telco’s business.

Mullen said today that Telstra believes that since FY16 it has taken a $1.7 billion hit from NBN rollout, out of an estimated $3 billion “economic headwind” it expects.