ADF sets sights on major transformation of deployed IT environment 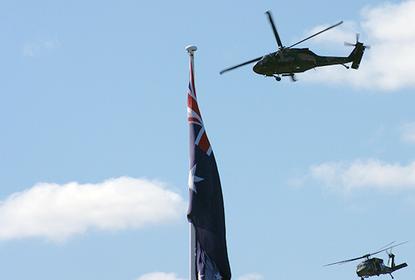 The Australian Defence Force (ADF) has issued a battle cry to the technology industry to overhaul the IT networking underpinning its global military outposts.

The military body responsible for Australia’s navy, air force and army currently uses a deployed IT environment lacking interoperability, burdened by time-consuming processing and hampered by “immature” partnering, according to tender documents.

The ADF is also challenged by a high turnover of personnel that has led to a loss of knowledge, lack of continuity and skill gaps, the documents state.

According to a request for expressions of interest (RFEI) issued this week, the transformation will enable the ADF to “deliver a reliable and secure warfighting and business network”.

In doing so, the organisation will move from an “infrastructure-centric” to an “agile” model capable of delivering change “at high velocity”.

Deployed IT capabilities are used by the ADF during military operations and exercises often in “unpredictable and complex environments” such as natural disasters and terrorist attacks, the RFEI said.

Services are primarily delivered in a hybrid service delivery model comprising of the Fleet Information Environment (FIE), the system found in naval ships and submarines, which was recently refreshed onto Windows 10 under the Project Jackstay modernisation.

The Jackstay project is also being rolled out to replace the existing Windows XP-based Deployed Local Area Network (DLAN) endpoints and to initiate a Windows 10 for the ADF’s Command and Control (C2) system, which are housed in 31 locations in Australia.

It also has a Mission Partner Environment (MPE) capability, which allows the ADF to share information securely between joint forces the United States, Canada, New Zealand and the United Kingdom.

Partners and suppliers have until 18 November to respond to the RFEI, with the delivery timeframe beginning on 10 August 2020.

Pending the outcome of the RFEI, the ADF expects to "identify and engage" partners to create "a modern, secure, sustainable and scalable information environment that enables current and future military and business operations".