Newcrest Mining bets on Ai and IoT to monitor mines

Increases productivity and workers safety with Microsoft and Insight 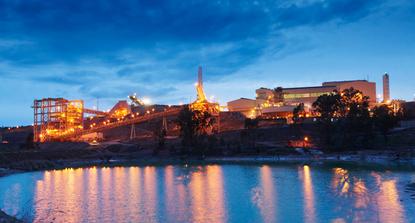 The ASX-listed resources company, which is one of the largest gold miners in the world, used a combination of AI and IoT services to develop a soft sensor in partnership with Microsoft and Insight Enterprises. Newcrest said it has already seen a return in investment within the first three months of using the system.

Newcrest said it was looking for a solution that would help it manage the levels in the crushed ore bins at the country’s largest underground, block cave mine.

Due to the unreliability of the hard sensors it had previously used, that task required spotters who were physically stationed nearby to watch the bins.

Knowing the amount of ore in the bins is crucial to Newcrest's operation: If a bin is overfilled it has to be manually emptied, which incurs extra labour and costs, but if a bin level is too low it is unable to effectively feed the collection conveyor.

“If the level of ore in the bin drops too low, then too little ore is being fed onto the conveyor. If the bin gets too full, then we need to stop the crusher and empty the bin in what amounts to a manual process,” said Newcrest digital and data science architect Gary Slater.

Hard sensors previously failed between two and three times a month per crusher. It also took hours to get the process back up and running again.

“Over a period of six months, our Cadia Valley mine experienced 4780 minutes of downtime due to sensor failure in one of the crushed ore bins, which equates to a significant dollar value in lost opportunity,” Slater said.

It then analyses the data to predict the level of crushed ore in the bin and uses that information to control the flow of ore to the crusher, keeping the ore moving at an optimal level and preventing the bins from depleting or over filling.

“By always knowing how much ore is in the bin, we can regulate the level to keep production high and avoid shutdowns,” Slater said.

The bin monitoring solution is delivering 85 per cent accuracy and its predictive function allows for early intervention to keep production on track.

The solution has also resulted in fewer risks for workers. It reduces operational downtime for Newcrest’s heavy assets and improves mineral recovery performance by pushing the computational AI models closer to the edge and connecting them to Newcrest’s control systems.

Microsoft said that Newcrest has built an open data science platform using Azure IoT Hub to ingest data feeds from 100,000 machinery sensors, and drawing on approximately 40 billion records from across its international mine sites. That platform will help drive ongoing data science initiatives at the company.