Zoho’s new file management system will replace Zoho Docs and serve as the underlying document storage platform for all of the company’s 40-plus apps. 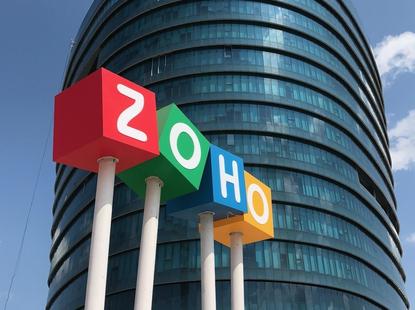 Zoho has overhauled its cloud-based file management platform, placing greater emphasis on team collaboration and offering a single repository for documents across its portfolio of apps.

The company, which sells a range of office productivity and line-of-business applications, has offered Zoho Docs as its main file management tool for storing and accessing documents such as spreadsheets or presentations, similar to Google Drive, Dropbox or Microsoft OneDrive.

Although Zoho Docs included sharing capabilities, it was aimed more at individual users. With the launch of WorkDrive this week, Zoho wants to make it easier for colleagues to collaborate on documents created in its Office suite of tools: Writer, Sheet and Show.

To that end, Zoho created Team Folders – essentially shared workplaces to store files that relate to a particular team or project. Once added to a Team Folder account, a user gets access to files by default, with a graded range of role-based permissions for document access; certain users are able to view and comment only, for example, while others may be authorized to edit and share files more widely. Updates to documents will create alerts, allowing users to track project development.

WorkDrive integrates with Zoho’s various other collaboration tools, such as its Slack-equivalent Cliq, while the Zoho Office apps built into WorkDrive allow for joint authoring and editing.  Other features in WorkDrive include virus scanning, encryption, file conversion and the ability to share files with users in external organizations.

“The construct of Work Drive is built around the team,” said Vijay Sundaram, chief strategy officer at Zoho. “The ability of sharing, starting from working together on the documents to the workflow that moves the documents across people within the team, is all encapsulated in that structure without the user having to explicitly do anything.”

WorkDrive also serves as the underlying file system for Zoho’s applications, which include CRM, marketing and service desk software. The advantage here, said Sundaram, is that businesses using Zoho’s suite can work with related documents in a single repository that is easily searchable and accessible by users.

“There is a growing need for collaborative document and content creation and management that goes beyond user silos that span from departmental teams to cross-enterprise use cases,” said David Mario Smith, founder and principal at InFlow Analysis. "The biggest need is for that capability to be deeply integrated into critical business processes and apps for true contextual collaboration.”

Zoho also announced updates to various tools in its Workplace product suite. They include integration of Zoho’s AI assistant, Zia, with Sheets, offering insights into data sets, as well as the ability to scan data tables within images and convert them to spreadsheets. Users can also ask Zia to save content to the Notebook app, search for notes, and set reminders using voice commands. There are also new bot-building capabilities for the Zoho Cliq team chat tool.

In addition to unveiling WorkDrive, Zoho also announced it now has 50 million business users in 180 countries and 10 data centers that support 45 different applications.