Chairo Christian School in Victoria has implemented a remote management platform for PCs as it prepares for growth in the number of devices used by students and staff on its cross-campus network.

The software has already meant less time spent troubleshooting notebooks and desktops spread across the multi-campus independent school, allowing its IT team to focus on strengthening relationships with its internal clients, according to the school's ICT client services coordinator.

The school, which encompasses four campuses in Victoria's West Gippsland region, has recently expanded use of the Kaseya remote management platform to encompass patch management for Windows desktops and notebooks, says Lyndon Calway.

Chairo Christian School is an independent religious school of just over 150 teachers and roughly 1300 students, covering kindergarten to Year 12. The school's campuses are in Drouin, Drouin East, Leongatha and Pakenham.

"In terms of IT, we make sure that Drouin and Pakenham are fully covered; they're usually what we would call our bases and then the other two campuses we go out on a regular but also an as-needs basis," the ICT client services coordinator says.

The Drouin East campus is only about five minutes from Drouin, but Pakenham is about half an hour away and travel time to Leongatha is just shy of an hour, Calway says.

"Previously a lot of time was being lost in travel, and a few of the functions of the Kaseya [platform] have allowed us to alleviate that," Calway adds. "But it's also allowed us to have a lot more time face-to-face with clients.

"Rather than just trying to troubleshoot and fix issues, we've been able to build relationships better."

Chairo has a significant number of desktop PCs, but is moving towards a more mobile device-heavy environment.

In Chairo's 'middle school' — Years 5 to 8 — students have 'personal learning devices'. Years 5 and 6 students have access to iPads, which remain at school, and Year 7 and 8 students have Dell Latitude 10 notebooks, which are school-owned but can be taken home by students. 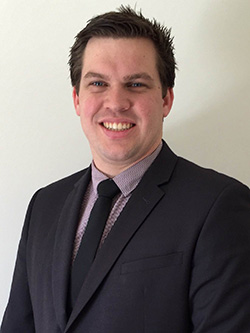 Currently students in Chairo's senior school — Years 9 to 12 — primarily use desktop PCs. "We're looking at potentially for next year allowing students to bring their own device," Calway says. Teachers either use their own notebook or a school-supplied Dell Latitude series laptop.

"We had a good system and structure in place [for managing end-user devices] but with more and more devices, especially mobile devices coming on, we wanted to be able to continue to service customers at what we would consider an exceptional level," Calway says.

"By bringing Kaseya on board, it's allowed us to do that without necessarily needing more staff, more hands-on work. It was to do with future-proofing."

Late last year the school went into a trial phase and looked at a number of remote management applications, Calway says. In October the IT team entered "serious discussions" with Kaseya, Calway says, and started implementing the platform in early November.

The platform offers remote management of devices through a single pane of glass.

"We were using VNC to remotely connect to all the different computers but that was only on a select few computers. Apart from that it, either they came and visited us or we went and visited them," Calway says.

The software has enabled one-click remote deployment of applications to computers on the school's network, Calway says.

"We set up the installation on Kaseya, do a quick test to make sure it all works correctly, and then we can select the computers we want and deploy over the network rather than having to visit them individually."

Being able to remotely deploy software has saved "stacks" of time, Calway says.

"We've also migrated all our Windows patching from the Windows Update service over to Kaseya Patch Management," Calway adds.