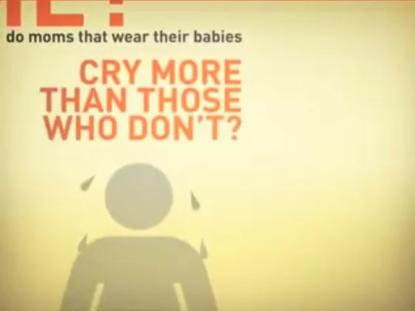 The maker of pain reliever Motrin is now feeling the pain of a social media backlash to its recently released online ad that riled a large group of bloggers and Twitter users.

The controversy exploded into the blogopshere over the weekend when a group of moms began posting critical notes on the microblogging site Twitter about the online ad from McNeil Consumer Healthcare, a division of McNeil and makers of Motrin. The ad says that while toting a baby in a sling "seems to be in fashion" and may make mothers appear more "official," it can also cause back and neck pain.

Many critics of the new ad posted online notes saying that it is offensive. Thousands of mothers posted comments on Twitter under the tag "MotrinMoms." The subject was the most popular on the site for a time, and has prompted countless blog postings .

As of this morning, the ad has been viewed more than 6,500 times on YouTube, while another video created in response to the ad had racked up more than 7,100 YouTube views.

The Motrin site that had posted the ad was offline by Monday morning.?McNeil did not return a call seeking comment.

One blogger, Angela, said that Motrin insulted its potential customers with the ad. "I would think insulting your potential customers would alienate them. Honestly, the only pain I have at the moment is the headache from refuting the ignorance in this Motrin ad. Anyone have a generic ibuprofen?" she wrote.

Andy Beal, a blogger and marketing consultant, noted that he always advises clients ?to speak to their target audience first to find out what content would appeal to them before using social media in a campaign.

"I'm not sure if the manufacturer of Motrin followed that advice, but judging by the enormous backlash the company is facing over its new Motrin 'Mom-Alogue' video, I suspect they didn't speak to a single mother (at least, they didn't speak to any that use Twitter)," he noted. "It's possible that there are many mothers that find the ad to be fun and light-hearted, but they're the vocal minority-heavily out-voiced by those that took offense at the video."

Now, he added, the makers of Motrin should apologize quickly and then launch damage control - perhaps by finding the most vocal detractors online to help build another video.

"What can the rest of us learn from this? Never assume you know your target audience," Beal added. "Never assume that just because you've created something 'viral' that the sentiment will always be positive. And, always build your social media campaign with some input from those who represent all [the] target audience."

Jeremiah Owyang, an analyst at Forrester Research who follows social media, noted in a blog post that the firestorm likely won't likely impact search results for "Motrin" over the long-term.

"Over time, these search results may fade away, depending on how Motrin reacts, and how mothers decide to press the situation," he added. "Although brand backlash certainly wasn't intention, I'm sure that some at advertising firm who created the campaign will chalk this up as a success (it got influencers talking about the brand -who previously weren't), although the PR group certainly has been dealing with this firestorm all weekend."