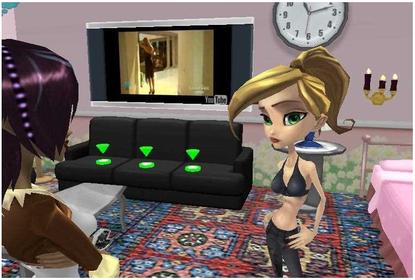 Just a few months after launching Lively, Google Wednesday said it will shut down the browser-based three-dimensional world by the end of the year to focus on the core Google business.

Google said in a blog post Wednesday that it had launched Lively in Google Labs in July as a tool to help users interact with friends and express themselves online in new ways.

"Google has always been supportive of this kind of experimentation because we believe it's the best way to create groundbreaking products that make a difference to people's lives," Google said. "But we've also always accepted that when you take these kinds of risks not every bet is going to pay off. It has been a tough decision, but we want to ensure that we prioritize our resources and focus more on our core search, ads and apps business."

Stan Schroeder, a blogger at Mashable, noted that the shuttering of Lively is the latest in what seems to be a pattern of product miscues at Google. "Google was once invincible and unable to make a mistake," but the discarding of Lively follows a lack of investment in Jaiku, the Twitter-like product it acquired in 2007.

"True, this was one of Google's 20 percent projects, meaning that it was created by one of Google's engineers in their 'spare' time, but still, time and money was invested in it and it flopped badly, with hardly anyone ever using it," he added. "Competing with Second Life is obviously not something that can be done casually. If you add Orkut -- Google's social network which is arguably doing well, but also hasn't done anything revolutionary lately - to the mix, it becomes fairly obvious that Google is not good at building communities. One more reason to bet on Facebook one day being bigger than Google, if you're the betting type."

Mike Masnick, president and CEO of IT research firm Techdirt, noted that he had questioned Google's strategy with Lively from the beginning.

"It didn't seem to offer anything different or compelling. Some people here disagreed and believed Google would be able to turn the service into something compelling, but that appears not to be. Google has killed off Lively, admitting that the experiment was something of a failure," he said.

Masnick went on to note that there seems to be a growing pattern that helps outsiders figure out which Google projects will fail and which will be successful.

"When it changes the game, as it did originally with things like Google Maps (the first real AJAXy mapping solution) and Gmail (huge storage and AJAXy front end), then it gets usage," he noted. "Google's success has always been in reimagining products that people seem to believe are mature, and completely reshaping how people think about those products. That was true with maps (which had been dominated by MapQuest and Yahoo Maps for years) and email... and it was even true in search."

While many industry observers predicted that the search market was too crowded when Google showed up, its solution was so different and so much more compelling that it got the attention of Internet users, Masnick added.

"Lively, on the other hand, was a pure me-too play," he added. "There are half-a-dozen other offerings that effectively do the same thing. Google didn't give anyone a real reason to use Lively... so it shouldn't be too surprising that Lively is now dead."