The Internet is full of filth. 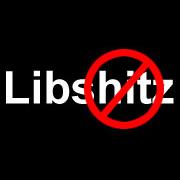 No e-mail address for you.

The Internet is full of filth. From "barely legal babes" to barely avoidable male-enhancement spam, something risqué seems to be lurking around every corner online.

Yet in an age where amateur action may be more accessible than early American literature, some families are finding that Internet service providers have drawn the line on obscenity at a rather surprising place: Their own names, they're being told by Web professionals, are too vulgar for the Web.

What's in a Name?

Before you think I've gone off the deep end, allow me to introduce you to an unassuming little town in North Lincolnshire, England. About a hour's drive northeast of Sheffield, it's a place known as the steel-producing capital of the United Kingdom -- but that distinction pales in comparison to its real claim to fame lies: its name. Welcome to Scunthorpe.

The name Scunthorpe -- whose unassuming syllables are pronounced as "scun" and "thorpe" -- is believed to be derived from an Old Norse word, "escumetorp," meaning "farmstead belonging to Skuma." But the name's etymology isn't what made it notorious.

Scunthorpe first entered the American vernacular around 1996, back in the Internet's infancy. That's when, legend has it, AOL's automated filtering system kept Scunthorpians from registering for accounts because of a certain sequence of four letters found within their town's name. As recently as 2004, services like Google's SafeSearch reportedly were still flagging Web sites that contained the term.

All of those episodes of misplaced nannydom led to the christening of a new term, the "Scunthorpe Problem," referring to the blocking of an otherwise unobjectionable name because an unintended naughty word resides within its borders. It's something that residents of the South Yorkshire town of Penistone, which is about an hour west of Scunthorpe, know well, as do families living in England's less blatantly blasphemous village of Lightwater (look carefully), which is about 3 hours south of Scunthorpe.

So what's in a name? A lot, it would seem, especially in the automated matrix of the Information Age. But the Scunthorpe Problem isn't limited to geographic locations. Get ready to meet a retired radiologist who unexpectedly found his life shifting from X-rays to accusations of being X-rated.

Dr. Herman I. Libshitz is used to people giving him, uh, crap about his name. The doctor, raised in Philadelphia and now living in Chestertown, Maryland, learned early on he'd have to defend his family's honor.

"When you're named Libshitz, you expect problems with your name," he says. "Can you imagine what a drill sergeant did with Libshitz?"

Still, Libshitz's foray into cyberspace proved more irksome than the teasing he had endured in his younger years. It started around 1998, when he and his wife bought a computer and tried to sign up for an AOL account.

"AOL told me my name was insulting and offensive," he remembers. "They wouldn't give me an e-mail address."

Libshitz fought and won that battle. But it was only the beginning. Fast-forward to July 2008, when Libshitz and his wife decided to upgrade their home Internet service from dial-up to broadband. They logged on to Verizon's Web site only to find that, once again, the ISP wouldn't accept their name for use in an e-mail address.

"Verizon could use my name in the phonebook. They could use my name to bill me. Lord knows they cash my checks with my name on it," Libshitz says. "But somehow, as an e-mail address, it wasn't good. That offended me. I told them it was fine when Uncle Sam wanted me to be in the military, and I proudly served."

Four phone calls and a rotating lineup of unseen supervisors proved inadequate to the task of solving the Libshitz issue. Finally, a reporter from the Philadelphia Inquirer managed to get through to someone at Verizon to discuss the doctor's DSL purchase problems and ultimately to reverse the decision declaring his last name off-limits.

"They condescended to let me use my own name as an e-mail address. Wasn't that gracious?" Libshitz remarks.

What happened to Libshitz is hardly unique. More than 150 families with Libshitz variations as their name are listed in New York City alone, and it's by no means the only name to run afoul of the Scunthorpe Problem. Just ask Craig Cockburn, who has resorted to replacing the "o" in his last name with a zero to get around filters. Nor are the tastemeisters at Delicacy Central limiting their vetos to instances of buried accidental profanity. Until just a couple of years ago, according to reports, some providers banned names that contained the word "Allah"; eventually Yahoo reversed its ban, which had made addressing difficult for people named Callahan (among others).

The major national ISPs remain reluctant to discuss their policies on acceptable e-mail address names -- or to offer guidance to people regarding what rights they have with regard to using their legitimate family names. I did a little digging and discovered that a person named "Lipshitz" could create an account with Microsoft Hotmail or with Yahoo Mail and not run into any trouble. Try the same operation with AOL Mail, Comcast, Gmail, or Verizon, though, and -- if you're a Lipshitz -- you'll get turned away. (If you're a Cockburn, you won't fare much better.)

Of the four nay-saying providers, only two were up-front in discussing their policies. Verizon's spokesperson explained that "if the language is objectionable and obvious," the network won't "permit it to be used in an e-mail account address." On the other hand, he said, anyone with a valid name-based reason to use that language in an address could contact Verizon's staff and request an exception.

AOL's spokesperson said that the company's filters do block certain "strings of words and particular terms," including any phrases deemed to be "sexually explicit or vulgar." She also emphasized that users who encounter specific problems with the filters can make individual requests.

Comcast did not respond to my request for comment. When I visited its Web site chat interface as a potential customer, however, and asked a representative about creating an account with the name "Lipshitz," the rep told me that the system would block it: "I am sorry, the same with other providers, username with profanity words are not allowed by the server."

As for Gmail, a spokesperson responding by sending me two basic excerpts from the service's online FAQ -- one explaining that a username may be unavailable to "prevent spam or abuse," and another explaining why all usernames must contain at least six letters. When I tried to obtain specifics about the policy and to ask about the best course of action for people with blocked names, the spokesperson stopped responding to my calls and e-mail messages.

AT&T did not respond to multiple requests for information. I attempted to log on to its online chat interface as a customer, but its representatives told me I would have to complete the sign-up process before I could see whether any specific username would be accepted.

For what it's worth, the Webmail providers are split when it comes to blocking the "seven dirty words" made famous by George Carlin's comedy routine. (Don't click through to this list if you are easily offended. In fact, if you're easily offended, why are you reading this story at all?)

Of the seven that Carlin identifies, we've already covered the one that cost Dr. Libshitz so much grief. Four of the other entries -- the two most obviously vulgar four-letter words and the two multisyllable selections -- are banned at AOL Mail, Google, Hotmail, and Yahoo. The two remaining words on Carlin's list, curiously enough, are permitted at all four Webmail providers.

Your Name, Not Your Right

So where does all of this leave the Libshitzes and Cockburns -- not to mention the Heinie Manushes -- of the world? Nine times out of ten, they may just be out of luck.

"As a basic tenet of American law, you do not necessarily have a right to use your name," explains Theodore Claypoole, an attorney specializing in intellectual property and consumer data treatment with the law firm of Womble, Carlyle, Sandridge, and Rice.

A similar controversy arose a few years ago in connection with official National Football League merchandise. A Louisiana State University professor whose former student Randall Gay had become a cornerback for the New England Patriots was surprised to learn that she couldn't buy a Patriots jersey bearing Gay's surname and number, due to what NFLshop.com termed a "naughty word" violation; later, however, the Web site rescinded that ban. (There was no word on how "New England" managed to pass muster.)

For Herman Libshitz, the issue is less about legality and more about moral standards -- standards that he believes are being asserted inconsistently.

"I think it's hypocrisy that they're 'saving us from profanity' by not letting people use their surnames," he says. "I mean, these are the same providers that permit all sorts of pornography to go over their lines. If that's not hypocrisy, I don't know what is."

For now, the situation remains unresolved. Libshitz managed to triumph in his own personal struggle, but his victory hasn't reached far. Future generations will undoubtedly face the same burden of fighting obscenity filters and justifying single syllables -- in essence, of struggling to avoid virtual citizenship in an unassuming town in North Lincolnshire, England.