An in-depth look at Jetstar’s heart-stopping IT overhaul

Jetstar flatlines then comes up trumps as new IT system is installed this past weekend. 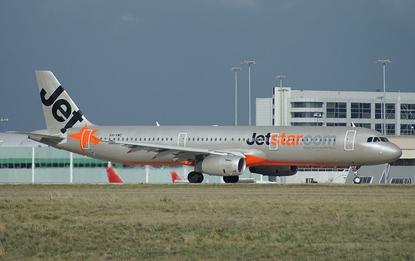 Its CEO told his staff that it was akin to giving someone a heart and lung transplant while they are in the middle of a marathon -- without stopping. And that pretty much was what it was like for Jetstar last weekend as the low cost airline embarked on its largest IT overhaul since it first took flight in 2004.

“You couldn’t book, you couldn’t change any bookings, you couldn’t check in somebody at the airport -- you couldn’t do anything that an airline would normally use a computer system to do. We were completely without IT support for 23 hours,” said Jamie Perry, GM of distribution and commercial systems at Jetstar.

Early last week Jetstar informed its customers that it was closing its Web site and call centre on Friday at 5pm AEDT, with the view to reopening at 4am AEDT on Monday. The company determined that was the necessary time required to cut over from its Navitaire Open Skies reservation and distribution system, which the carrier launched with in 2004, to Navitaire’s New Skies 3.0.

Perry admitted the migration was a mammoth undertaking.

“Once you make the decision to shut the system off. You are in the lap of the gods somewhat until it comes back up again,” he said.

“Obviously if anything had happened during that time if there had been even worse weather than we had experienced [extreme heat in South Eastern Australia] and we had to start diverting aircraft all over the place, or if we had a problem with one of our aircraft and it hadn’t been able to take off on time, we would have been completely without systems to try to manage that experience. We are so complicated in the way we operate – all airlines are - that would have been very challenging.”

But the upgrade went without a hitch.

The biggest task for the IT department was getting all of the data out of the old system and into the new.

Because Jetstar has had many millions of passengers since it started operations, and it still has all of the booking information in its reservation systems, that information needed to be copied over.

“Now, for the first person who ever bought a seat with us in 2004, their booking hasn’t changed for some time, so that is easy. But many people change bookings or purchase additional pieces that go with their bookings. So the data that relates to those bookings is constantly changing. So at the end of January we took a bulk copy of everything that was in the underlying database and loaded it in to our New Skies database and for every day since then we have been taking a copy of the new and changed bookings on that day and loading it in [to New Skies] so we gradually try and catch up to the production environment.”

Then on Friday Jetstar’s IT department took the reservation system down at 9.30pm. The first task was to copy all the new and changed bookings from Friday into the new system so that it had all the up to date information there. That process too a number of hours.

“We had 55,000 bookings that were new or changed on Friday and it took the best part of nine hours to copy those over to into the new environment and only then do you have a complete database that you can start to work with,” Perry said.

Once that process was completed the company started to bring the system up “we spent four hours in the office on Saturday afternoon -- all of us together running through a final set of test cases to make sure everything was looking as it should and working as it should, working through a couple of configuration issues and then just before 7pm on Saturday evening -- way ahead of where we thought we were going to be".

"We were in a position to make a ‘go’ decision and the steering committee convened in the head office and made the call to bring the system back up early. So we turned it all on at 7pm and we were pretty much fully operational by 7.30.”

The airline brought first the airport check-ins live on Saturday evening and tested a few flights to make sure that the new system was working both domestically and internationally.

“We were happy that was stable and working so we brought all flights up on the system on Sunday morning to make sure they were good," Perry said. "Obviously we wanted to get airport check ins fully tested and operational before the Monday morning peak and we were able to do that.”

Perry said the system implementation was able to come up quickly for a number of reasons. Firstly, it went to great lengths to encourage customers to check in via the Web in advance last week so that it was able to bring the Web check in down at the end of Thursday (the call centre was operational until Friday afternoon) and a significant number of people – much more than it would normally get, checked in via the Web. That meant the number of bookings which changed on Friday was a lot lower than what it had planned for.

Then the data migration itself moved across without any hiccups at all and completed in less time than it had planned for.

“We were pleased that when had started to do the testing on Saturday afternoon we found fewer problems than we had expected to encounter, fewer configuration issues needed to be resolved, so we were able to move through that stage of process as well," he said.

“It was a combination of our customers being very responsive to the pleas we put out there for their help earlier in the week and all stages of the process moving much more smoothly than we could have possibly dreamed, really.”

According to Perry, the move to Navitaire New Skies 3.0 has been in the planning since 2003 when Jetstar procured the company’s airline booking system. Jetstar did not actually start flying until May 2004.

“When Jetstar was founded we wanted to launch to the system we have just migrated to but it wasn’t available yet. We have spent the last 6 years effectively planning around getting to this place and it is only in about the last nine months that Navitaire have been able to produce a system that had the functionality we need that allows us to get there. So it is really the fulfilling of a long term goal as apposed to something driven by any short term factors.”

The world of airline reservation and global distribution systems is a complex and interconnected maze with companies like Amadeus, Sabre, Galileo and Worldspan offering solutions to the big airline carriers. With most of the systems have emerged from the airlines themselves.

“They offer all the functionality that a legacy carrier like Qantas needs, but far more than a carrier like Jetstar does,” Perry said.

Navitaire offers a much more stripped down reservation system and is suited to low cost airlines. For Jetstar, the software combines the booking engines of the Web site and the call centre, and the airport departure control system into one unit. It also includes Jetstar’s data warehouse, business intelligence reporting functionality, all of its finance and accounting reporting as well as its scheduling systems and a lot of its operational requirements.

“So it really is a one stop shop.”

Perry said Jetstar is the first Navitaire customer to go live with New Skies 3.0 - Ryanair is live on 2.1 as are AirTran in the US and Gol in Brazil.

“We had to wait until 3.0 was available because we have close ties with the legacy carrier in the form of Qantas – there is a number of pieces of functionality that we needed relating to our code-share and thru checking functionality that the likes of Ryanair [another Navitaire customer] don’t need. The other piece that we need that they [Ryanair] don’t -- because we fly to the states -- is US security systems. So there are several systems beyond the 2.0 product that we needed which is why we had to go for 3.0.”

The new system should be fairly transparent to users. “Hopefully they should see very little that is different,” he said. “But what they should experience is a much more stable and reliable platform that we had before and they should see gradually over the next few months, as we start to take advantage of some of the opportunities that New Skies presents, a much greater spread of opportunities for them.”

For example, a shopping basket functionality will gradually be rolled out so users can take a flight and add insurance, hire a car, book hotels or purchase side trips to places like the Australia Zoo or the theme parks on the Gold Coast, and put them all together in a similar way to a shopping cart on Amazon.

Perry said the aim is to move away from a flight focus to a “come and help yourself to what pieces of the holiday pieces that you want”.

In a formal statement Jetstar CEO Bruce Buchanan described New Skies as a customer-centric reservation system that provides the airline with an integrated view of customer activity.

“With data oriented around the customer rather than the flight reservation, this new system will allow us to gain insight to customer value to provide unique, differentiated services,” Buchanan said.

Perry said the airline’s focus now is to bed down what it has just installed and take advantage of the additional functionality the New Skies product gives it.

“We think there is a lot of potential there for us to make more attractive fare products and other products available for our customers and the goal for us now is to do that as quickly as possible.”