Starting from this semester, students at the University of Adelaide will be migrated off the company’s in-house webmail service to Google’s Gmail. 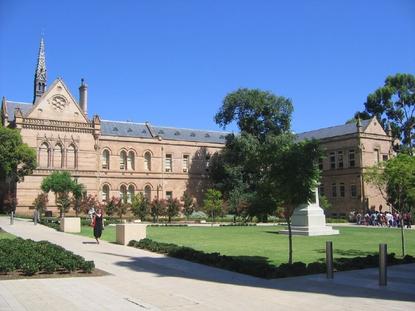 University of Adelaide students can now access their emails with a Gmail interface.

The University of Adelaide will be moving over 16000 student email accounts to Google Mail.

The university’s deal, which comes at no charge, covers all students with the @student.adelaide.edu.au domain. Those that fall into this category are undergraduate, honours and postgraduate coursework students. Research students and staff are not included in the new arrangement.

“For many years, the current email system has served its purpose; however, recent student surveys have indicated that the functionality and quota provided by this email account needed improvement,” reads a statement on the university's Web site.

Under the provisions of the new deal, the mailbox capacity rises from 250MB to 7GB.

According to a media release from the university, the webmail interface accounts will now have the look and feel of Gmail, while retaining the students’ university email addresses.

Adelaide is not the first university to migrate email accounts over to Google. NSW-based Macquarie University signed up 68,000 students for Gmail in September 2007. Last year Google landed a contract with the NSW Department of Education and Training to support 1.3 million students with Gmail.

Other applications that will be available to students as part of the deal include Gtalk and Google Calendar.

The live date for the new services, including Gmail will be 16 March 2009.