Power-saving building networks to get cheaper

Building-control networks are set to get cheaper with a new generation of gear from Echelon. 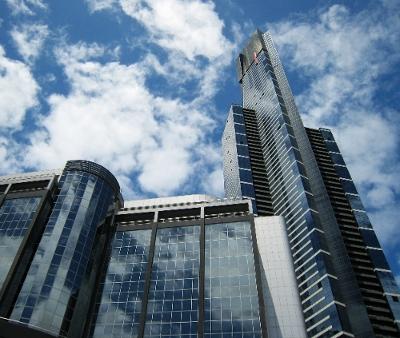 The maker of components that link millions of sensors and control devices is launching a new generation of technology designed to make power-saving control networks affordable for small buildings.

Echelon, a 20-year-old company that developed a now-standardized technology for these specialized networks, is introducing on Tuesday a new version that it says is only half as expensive for its customers to put in their devices. It also can carry incoming data from many more sources on a network, according to Steve Nguyen, Echelon's director of corporate marketing.

Echelon's LonWorks 2.0 platform updates the whole range of components that the company sells to makers of devices such as lighting controls, security systems and HVAC (heating, ventilation and cooling) systems. That includes a processor, a transceiver, an operating system, and development and installation tools. The transceiver and processor are set to ship in volume in August, and all the components will be available by some time next year.

LonWorks is based on the ISO/IEC 14908 standard, which was approved at the International Organization for Standardization in December. The standard allows all kinds of sensors and control devices to share a single network and exchange data on a peer-to-peer basis, according to Nguyen. For example, a thermometer can send a signal that the temperature in a particular spot has gone over a pre-set limit. An automatic air-vent controller linked to the same network can interpret the thermometer's signal and respond by opening a vent, without the information having to pass through a central computer.

Such mechanisms can now be controlled from beyond the local network using Web services. One key example of this is "demand response" software operated by energy providers, Nguyen said. Using a system from a vendor such as EnerNOC, utilities can send timely information about regionwide demand to individual customers who have subscribed to the service. Based on that information, devices linked to a control network can automatically adjust their operations to reduce energy consumption. Together, those small adjustments may prevent utilities from having to fire up more capacity, Nguyen said.

LonWorks components can be integrated into new building-control equipment, or in some cases retrofitted to existing gear through add-on modules. The ISO/IEC 14908 standard can be applied to networks with a number of different signaling systems, including fiber-optic cable and wireless. Echelon offers the specifications for the ISO/IEC 14908 technology openly without a licensing fee, Nguyen said. About 700 vendors have adopted the technology, he said.

Thanks partly to typical advances in semiconductor design, LonWorks 2.0 is only half as expensive as the earlier version for manufacturers to integrate into their products, according to Nguyen. Each chipset can also process as many as 254 pieces of data from other LonWorks-equipped devices, up from just 64 in the previous version. Given the lower cost, the new version should make LonWorks networks more appealing to small enterprises and buildings, he said. Worldwide, about 98 percent of buildings are less than 100,000 square feet (9,290 square meters) in size, and most of these smaller buildings haven't been equipped with these types of networks, Nguyen said.

Leax Controls makes LonWorks-based building systems, such as light dimmers, that can control objects automatically. For example, the company equipped the Tivoli Lodge, in Vail, Colorado, so the reservations system can turn on the lights, heating and fireplace in a room before guests are scheduled to arrive, said Leax President Alex Hill.

With LonWorks 2.0 on the way, Leax expects to introduce control modules in April that cost between $25 and $50, compared with between $50 and $100 with the current version of LonWorks. The lower cost will make it easier to justify giving each in-building device its own control chip, Hill said. For example, today at the Tivoli Lodge, one chip controls both the heaters and the fireplace in each room. Each can be controlled independently, but that requires extra wiring. If each had its own chip, there would only be one wire around the room to connect everything to the network, he said.

In addition, the more powerful processor offered with LonWorks 2.0 will be able to support more functions, Hill said. For example, a keypad on the wall for adjusting the heat or lighting could have a motion sensor, which would cause it to light up when someone walked up to the keypad. The new modules should also have more capacity for self-installation programs, which would save engineers having to visit every room where a module is being set up, Hills said.

No matter how much energy a building-control system may save, one of the biggest factors in convincing a developer to use it is how long it will take to pay for itself, Hill said. In terms of energy savings, smart lighting systems can pay for themselves in three to four years and heating controls in four to five years. LonWorks 2.0 should help energy-saving systems pay for themselves sooner, he said.