eBeef: RFID from birth to plate

Part one of a Computerworld series into farming technology, looks at innovations in the livestock industry 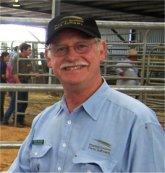 Computers determine the quality of meat on your dinner plate, long before it turns up on the doorstep of your butcher, and the increasing uptake of technology in the meat industry means armers across the country are liberating themselves from the global financial crisis, the ravages of drought and other environmental problems.

Terms like MySQL, SAP, RFID and Bluetooth are no longer reserved for big business in the confines of towering metropolitan office blocks, but rather the use of this technology is increasing out bush. Gone are the days where farmers rely on tattoo numbers, bits of paper and their memory to keep track of their livestock.

From data collaboration to social networking to NASA satellites, farmers continuously require better information systems and data to work with in order to manage their business. In this five-part series, Computerworld investigates the technological innovations shaping Australian farming.

In order for beef and cattle farmers to get their products into various markets around the world they must comply with requirements for food safety, tracing their livestock from birth. This requirement, enforced by the National Livestock Identification Scheme, has resulted in a very high level of innovation throughout the industry.

“Every animal that’s born on a beef industry farm is already programmed into a marketplace. By putting RFID electronic tags in their ears, farmers can trace every movement of the animals, every paddock they move to, every treatment they have, their genetics, breeding and performance,” said former farmer Hugh Beattie and now, director of business development at Armidale, New South Wales-based farming software company Practical Systems.

Through a genetic selection system, such as Practical Systems’ Breed Plan software, farmers can use the data stored on an animal’s RFID tag to determine breeding habits and the probabilities of livestock inheriting certain traits, crucial in the international marketplace.

“An animal that has bigger muscles can produce more beef, so at birth we can determine how a calf will perform, based on the genetic data of its parents. So therefore this animal might go into a feed lot or it might be fattened quickly and sold to the restaurant trade. Or it might be what they call a long feed to go into the Japanese market,” Beattie said.

At birth, and throughout their entire time on the farm, each animal is measured, for weight and body size. The measuring is no longer a hands-on task, but produced through a live computer scan, which also shows statistics like muscle size and body fat.

“Farmers use the technology to actually look at all these traits then they put them into a computer program where it works out unique index figures based around the market requirement,” Beattie said .

New South Wales-based farmer and Breed Plan software user Glenn Trout for the past decade says, through his experience, “you only get out of the system what you put in.”

“The software is by far the easiest I have encountered for someone who doesn’t profess to be a computer guru. Farmers are pretty hard to change in their ways, but because the software helps such a range of farming enterprises, it’s invaluable to modern day breeding,” said Trout, who manages a beef cattle enterprise consisting of 250 animals.

Practical Systems has also built a Web-based system called Agrisphere, where their users can feed information into an SAP database, which can be accessed around the world.

New Zealand-based research group Agriseach are currently taking advantage of this technology by collaborating data with a performance breeding organisation in the US, run through the Colorado State University.

Farmers also use this critical data as part of their marketing strategy. According to Beattie, bull sales are unsuccessful without an estimated breeding value (EBV) available, because nobody will buy a bull without being able to make future judgments on the animal’s performance.

The software not only assists with the data collection side of farming, but also with the livestock handling.

“We have our system set up live in the yards, and it is hooked to a reader panel by Bluetooth. The Bluetooth reads the number on the animals RFID tag and sends the information across to the computer, which then displays the entire history of the animal. The computer screen displays the treatments they’ve had, how many calves they’ve had, and when she was last joined to the bull,” Beattie said.

Using this software, farmers are also able to set a unique template for the information they specifically want to record. When the animals are weighed on the scales their weight is sent via Bluetooth across into the computer program. This process is usually repeated for each animal as it comes through the yard.

“Farmers can draft the animals based on any performance information, pregnancy status or breed plan values,” Beattie said. Electronic drafting opens the farm gates automatically and determines which yard an animal is kept in.

“Electronic animal tracking is handy if occasionally you let a bull jump into something and create a calf that’s out of whack, which might be a mystery to you. You can track down exactly where that cow was nine months ago, and identify any bull that was around that cow nine months ago,” Trout said.

Being able to back-track an animal’s paddock movement proves especially invaluable if farmers encounter any disease; the technology allows them to see what animal has been exposed to the disease.

According to Beattie, as far as this type of agricultural software is concerned, Australia is a world leader.

“We’ve been building software since 1992 with constant input by the farmers into the software development side. The livestock industry programs we’ve seen come out of the US, Europe and South Africa pale in comparison to ours. In fact, a lot of Australian software companies sell their software overseas very effectively, because we are so advanced,” Beattie said.

The second part of this series looks into the use of technology to protect water and feed on a farm from feral animals.