Dell gets touchy over new netbooks 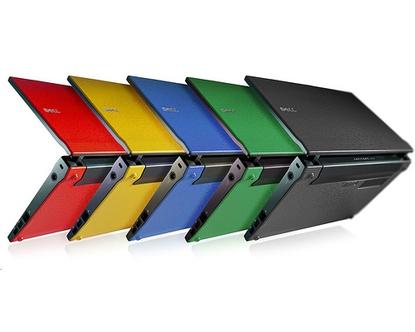 Dell has today released the first of what will be a series of durable touchscreen netbooks in Australia in the lead up to Windows 7.

The Latitude 2100 netbooks are targeted at schools and feature a single thick touchscreen, rubber casing and splash-protection.

Subsequent versions include a choice of Windows XP or Vista, a VGA port and three or six cell batteries providing a maximum of about 5 hours of portable operation.

Director of Dell's Asia Pacific education operations Adrian Johnson said it will sell the computers through its Web site from May 27, but will target the devices at large-scale deployments, rather than consumers.

The solid state hard drives have been stripped down to 16Gb to stop students storing too much data locally, while a rear-mounted light will flicker to show teachers what Web pages or applications students have open.

“The light will tell teachers if students are on the Web... and later we will design it show the light will flash if instant messaging or prohibited Web sites are being accessed,” Johnson.

He said Dell will develop more laptops with the single or multi-touchscreens in an industry change “driven by Microsoft”.

While the Latitude 2100 lacks the 24-laptop docking management station offered in the US, it has a suite of remote management and tracking features, including Dell's poison pill to destroyed stolen computers.

Maurice Cummins, learning and technology director at Sydney high school Monte Sant' Angelo College, said he is reviewing the Dell netbook along with several brands for a purchase of 190 computers ahead of the government's $19 billion computers in schools initiative.

“We will purchase a fleet of laptops for one year and eventually outfit the entire school of 1100 students,” Cummins said.

“The government has provided for 115 laptops and together with the [new] fleet, we will meet the ratio of one computer for every two students.”

Students will use the Monte Net Web portal to interact with overseas school children who share the school's international syllabus. The portal can also be used by staff to discuss school work and issue and receive assignments.

Cummins will supply an entire year with personal laptops and is in talks with education suppliers to acquire electronic versions of textbooks to minimise the weight of schoolbags.