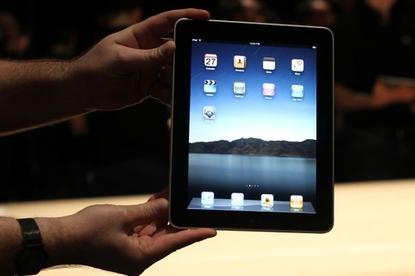 "The netbook is not an experience people are going to continue wanting to have," Apple COO Tim Cook said Tuesday at an investment conference in San Francisco. "When they play with the iPad and experience the magic of using it... I have a hard time believing they're going to go for a netbook."

Magic, huh? So that's how Apple says its iPad is going to best much more functional business netbooks in the marketplace.

I'd been wondering, since the iPad's specs and features won't do it. Instead, Apple says a "magic" user experience will convince netbook users to dump those machines and use an iPad instead.

Well, I guess once you believe in magic--as Tim Cook apparently does--anything seems possible. And if the iPad doesn't sell, I suppose Cook could create some zombie customers to make purchases. Based on initial consumer response to the device's announcement, that's what it may take for iPads to replace business users' netbooks.

Cook does make one good point, that once people play with a netbook they like the reality less than the concept. Of course, the same may be said about the iPad, given that people liked it less after it was introduced than before. The Apple tablet is scheduled to ship next month.

Personally, I find this whole iPad vs. netbook comparison more than a little specious. A netbook is a real computer, if an underpowered one, that benefits from having a keyboard and the same operating system as most users' desktops.

Most netbooks lack touch screens, but many can show a motion picture in 16:9, something the iPad cannot do. Some netbooks are getting improved graphics, which should help them outperform an iPad, too. Overall, netbooks are becoming more attractive as they evolve, not less.

But, the comparison between iPad and netbooks really doesn't make sense. While there is an overlap in some functionality, my bet is that users will choose the tool they need, iPad or netbook, magic or no.

I'd be very surprised if iPad sales came at the expense of netbooks, or vice versa. In some ways, a netbook can do a lot more than the iPad, but the experience will certainly be different. If a supersized iPod Touch can do it, then the iPad might make sense.

But, real business users want real business computers, which may be a netbook and probably won't be an iPad. If Apple wants to compete with netbooks, it should just build one. I'd probably buy it.