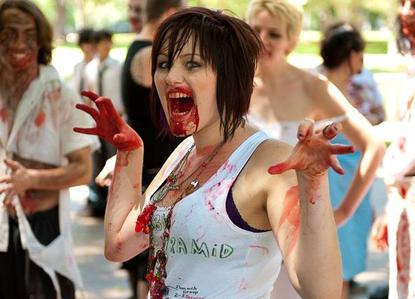 Australia's Attorney-Generals have remained coy on whether classification reform for video games will be considered before the federal election.

Australia's Attorney-Generals have remained coy on whether classification reform for video games will be considered before the federal election.

The introduction of an R18+ rating was set-back at a Standing Committee of Attorney-Generals (SCAG) last week after Northern Territory AG and state Treasurer, Delia Lawrie, missed the event due to budget commitments.

Her absence meant a decision to lift the ban on games rated above MA15+ could not be made. In a further blow, Federal Minister for Home Affairs, Brendan O'Conner, said the SCAG will require more information on the reasons for and against classification reform, despite receiving more than 600,000 responses on the matter following a call for public submissions in December.

The SCAG Communiqué states the reform will be considered at a “future meeting”, but government AG officials refused to reveal the agenda for the next meeting on 22 and 23 June.

That meeting will be the last chance for the eight state AGs to vote on reform before the November federal election deadline. The third and final SCAG meeting this year is set for 4 and 5 November.

The rating will be rejected if one AG votes against the R18+ classification, which occurred under former South Australian AG Michael Atkinson, who was replaced in March by Jon Rau.

Representatives for the state AGs did not reveal how the votes may be cast. The state AGs may oppose the reform as it is understood they had not cast votes at an earlier SCAG meeting due to Aktinson's public opposition to the higher classification.

More than 98 per cent of the submissions to the public call for responses in December were in favour of classification reform, the bulk aged between 18 to 24 and 25 to 34.

(See:Scores of undead rise in support of explicit video games)

A resulting report states that Communications, Entertainment and Technology Law Committee of NSW Young Lawyers (CET) and Electronic Frontiers Australia and AusGamers (EFAA) argue MA15+ games are under-classified which increases the chance that minors will access unsuitable material that would be unavailble under an R18+ classification.

"They suggest that some parents may allow their children to play MA15+ games despite being under 15 because they feel their child is mature enough, or they do not know the full extent of the game's mature content, or because their children pressure them," the report reads.

The Australian Council on Children and the Media (ACCM) said some potentially R18+ games have had content deleted in order to meet the MA15+ guidelines. According to the report, the group argues that "if high impact material is being squeezed into the MA15+ classification, [it] is an argument for stricter classification, not for legalising the R 18+ category".