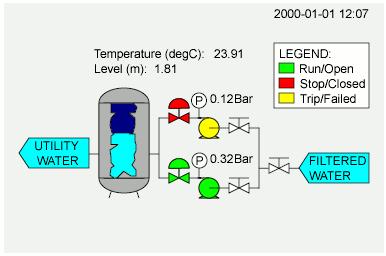 Three years after announcing it would upgrade Supervisory Control And Data Acquisition (SCADA) systems at its filtration plants, Sydney Water will start an 80-week project scheduled to begin this year at the Nepean catchment.

The programmable logic controllers (PLCs) and SCADA network at the Nepean WFP has insufficient redundancy or capacity to add new process sequences, according to Sydney Water.

“The existing PLCs are nearing obsolescence and the procurement of spares is a major problem.”

The Nepean WFP was commissioned in December 1993 and is located near Bargo in the Southern Highlands of NSW. The plant draws raw water from the Nepean Dam and supplies treated water to local towns.

Sydney Water announced a $5 million BI project that would integrate with its SCADA systems in 2008.

More recently, the NSW state-owned corporation was scorned by the auditor-general for a series of multi-million dollar IT project cost blowouts.

Nepean WFP contains 12 PLCs located throughout the plant. The SCADA system has one primary server and another secondary server for control and monitoring of water treatment processes and the upstream raw water pumps.

Other problems with the existing equipment include lack of support, a slow speed network, slow screen updates and an unreliable PLC network.

The project involves an upgrade of existing Citec SCADA to Serck SCX6 SCADA and replacement of PLCs and SCADA LAN network.

Also required is modification of starter circuits in existing motor control centres (MCCs) to suit the Prodef software (Invensys) at the Nepean WFP. The existing MCCs will be kept.

Provision of additional instrumentation and new UPSs is also part of the project, as is a full set of new electrical and SCADA drawings for whole of WFP.

The contract duration is 80 weeks, including testing and commissioning of the overall Nepean WFP SCADA System.