Larry Kestelman, CEO of Australian ISP Dodo talks about the National Broadband Network, unlimited broadband and the potential to sell out to the highest bidder 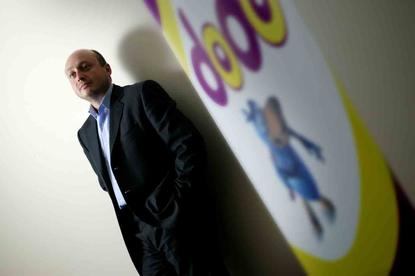 Dodo isn't the most well-received service provider on the block, but it's low priced plans, unlimited quotas and bird-toting disco ads are hard to miss. It may not surprise, then, that the man behind the 10-year-old telco is highly competitive, going so far as to label himself "leader of the opposition" pitting Dodo against the likes of rivals, Telstra, Optus and, to a greater degree, Internode, TPG and iiNet. As the telco expands into back-to-base security monitoring and even reselling power, chief executive, Larry Kestelman, talks to Computerworld Australia about the importance of knowing business over technology, and his motivations behind the vision.

Can you provide a brief history of your career?

By profession I’m an accountant. I’ve worked both in chartered and also in business as an accountant. I’ve run a number of different businesses for different people and I’ve run a number of my own businesses prior to telecommunications, a lot to do property and construction. I own a company called Shangrila [Construction] and do quite a lot of building and construction.

I like to diversify in all sorts of different areas.

With Dodo, I saw 10 years what I though to be a great opportunity in a space dominated by two big behemoth players who were charging exorbitant prices and I saw the opportunity to create the ‘leader of the opposition’ and create a very professionally run telecommunications company. We started 10 years ago with a process of setting up everything and here we are 10 years later standing as the largest private telecommunications company so I’d say it’s a success.

How did you set up Dodo, given you didn’t have a history in telecommunications?

My philosophy is business is business, so you need to find the right people and partners. It’s not a matter of knowing purely just the technology part of it so we ended up hiring a very talented team of initially a dozen people, and quite a few of them are still with us to this day.

We partnered at launch with Comindico which today is TPG. As they were rolling with partners, with Cisco their network, we partnered up with them and hence we were the first ones to be offering a single number dial-up; in those days it was all down to exchanges and god knows what. It’s a simply combination of you look at the opportunities and business dynamics with the right partners.

Why did you get into telco industry?

It could have been other industries. Property is something that I’ve been doing for a long time, but I enjoy the dynamics of a business like [Dodo]. In property it’s potentially a three year cycle from the purchase of land to permits to building to selling whereas it could have for all intents and purposes been producing bread; i wanted to be involved in another business where you can actually dream something up, execute it and see results in a quicker turnaround time than property. Telco at the time I thought was a very good opportunity and I was proven to be right.

What are some of the biggest challenges you think you have faced over your career?

Comindico is one; we nearly went broke with some of the clients on the network. But I think the biggest challenge in this industry is the fact there is not a long standing history to learn from; it’s constantly evolving and it’s something that you have to learn everyday, how to run a telecommunications company. There isn’t even as long a road map going forward; it’s something constantly evolving and you have to learn on your feet how to provide call centre services through to billing through to networks and it never stops. It’s just amazing and after ten years I now realise that it won’t; every time there’s something new and changing, it will change now but it will probably be here for a while. The only thing that is constant is change.

You say you're the largest private telco in Australia. Would you ever consider selling to the highest bidder?

I think it’s fair to say that I’ve had chats with most of the suspects and at the end of the day it’s not probably about the value, it’s more about us wanting to still be around.

I always have to consider but I enjoy the competition, I enjoy the space and we’ve got a model that I’d like to see through. I started the company ten years ago and it’s been evolving to what I wanted it to be which is a full telco, now with electricity and security, I certainly want to see it through to the National Broadband Network world. You can never say never but our intention is to stay here and put up as the ‘Leader of the Opposition’, the Tony Abbott of the ISP world.

Do you feel you have gained your knowledge through self-experience or have you had to align yourself with mentors?

I think it’s really been a huge challenge to learn on my own as you actually evolve and go through but moreso without having a particular mentor, learning from every meeting that you have. From a person coming into this industry not knowing what a POP and what a megabyte is, I sit with ears wide open in every meeting to this day and try to learn from every person that I meet, because there is constantly new things happening and if you think you know it all, that is the moment you stop learning.

In this industry that changes so quickly, every meeting and every conversation with peopel, from the lowest rank to the highest rank, I listen and I learn everyday because you’d be amazed what you can learn from them. It never stops; this industry I think like no other just does not stop.

Do you think the telco industry today is still ripe for entrepreneurs like yourself? Is it still possible to start an ISP or telco from scratch?

Australia as a country is generally place where if you’re prepared to work your ass and challenge yourself you can. As far as industries go, I think the telco industry still has great opportunities but I do believe it’s become harder than it would have been 10 years without a doubt. If I had to start out again today, I think i would find it more difficult.

But don’t try, because Dodo is here [laughs].

For those looking to look into the telco industry, what is your advice?

I think it’s definitely to concentrate on your offering rather than the latest, greatest network or product because chances are by the time you launch your idea or business, it’s the old product. Very much concentrate on what the customer needs are and what the actual offering is rather than the technology because the go-to-market is not always as quick as you would like so be careful by the time you launch that you haven’t missed the boat already.