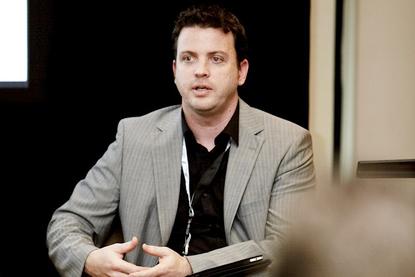 iiNet IT manager, Matt Toohey, shares on his experiences with deploying a standard operating environment.

Like so many companies, Toyota Australia will soon be upgrading its desktop fleet to Windows 7, with a 2100-strong rollout slated for early next year under the watchful eye of newly-appointed managed service provider Fujitsu. Yet while the desktops will finally make the big jump from Windows XP to a platform that provides far better tools for remote management and image deployment, Toyota will be tightening – not loosening – control over its desktops' standard operating environment (SOE).

"We're pretty traditional, and we're going to try to lock people down far more than they have been used to in the past," says James Scott, divisional manager within the company's Information Systems Division. "In the past, we were allowing our engineers to spend too much time trying to fix systems. Now, rather than having engineers spending hours trying to fix desktops, there will be a change to the user having the desktop restored through re-imaging after 30 minutes of trying."

The new policy is part of an overall effort by Toyota's two-year-old architectural team, which in January kicked off a major Service Delivery Transformation project that included strengthening the company's IT-related processes. This includes a broad range of areas, but streamlining administration of the company's desktop environment is high up on the list of priorities. Yet not all companies are tightening the screws: with new tools making it much easier to remotely manage desktops and virtual-desktop platforms changing the very nature of an SOE, other companies are experimenting with BYO Computing (see companion story) and less strictly-defined desktop models that isolate data, applications and operating system so configuration problems can be more easily corrected than in the past.

The call of the VDI

One of the major components of Toyota's rollout, which starts in January 2011, will be Windows System Center (WSC) – an expanding family of Microsoft-authored tools that have moved front and centre in IT managers' battles to keep ever more-complex SOEs under control.

WSC – which is gaining currency as more and more companies take the plunge to Windows 7 – is currently being installed, as is Microsoft Active Directory, under a project that will replace a legacy Novell file-and-print environment with a more flexible framework to help manage all the company's computing resources.

The diversity of tools in the WSC framework is giving many companies newfound flexibility in configuring their SOEs. System Center Configuration Manager, for example, simplifies the process of pushing full or partial Windows 7 images using the Windows Imaging Format (WIM), which allows drivers and applications to be streamed into place without disrupting the base SOE.

What desktop you get depends on where you are... customers have no idea the agents might be at home, and are not in a grade one environment with fully redundant everything.

This is a major improvement from XP’s block-based imaging, and dramatically cuts the number of stock SOEs that must be maintained to cater for different types of hardware. IT managers can build a basic SOE – with operating system, Microsoft Office, and necessary security apps – and then stream in different drivers and applications depending on the needs of each individual user, as determined by their Active Directory profile.

It’s also worth remembering that in many cases, applications may not even be loaded on the computer, delivered instead by software-as-a-service (SaaS) providers in a trend that IDC recently noted will grow at 25 per cent annually through 2014, when 34 per cent of all new business software purchases will be fed using SaaS.

WSC and similar management tools from other vendors may improve the delivery of conventional SOEs, but when it comes to the non-SaaS part of the business, momentum is still building towards a different type of SOE altogether: a virtual desktop infrastructure (VDI) approach, which encapsulates the entire SOE inside a virtual machine (VM) file that can be stored anywhere and run inside a VM host application running on nearly any type of computer.

(Check out our Virtualization technology guide for more info)

With most employees requiring some form of mobile access from laptop, smartphone or tablet as well as their conventional desktop, the VDI approach is becoming increasingly relevant as it does away with concurrency issues by allowing access to the same desktop image no matter what device is used. Microsoft, Citrix Systems, VMware and Quest Software are amongst the leaders in this space, each offering a robust VDI architecture that is quickly gaining traction amongst a broad range of companies.

"We're seeing, more and more, that apps are being extracted from the desktop and published in different ways," says Mark Rugless, Asia-Pacific workplace strategy and services executive with IBM Australia. "The traditional Office [and Windows] SOE is being disassembled; rather than having the entire SOE distributed and having to be managed so every update is loaded in a timely fashion, the way apps can now be stacked on the SOE provides the best performance."

One of the benefits of the VM approach is that it allows IT managers to roll out an SOE without having to physically wipe the host computer and image it a certain way; this simplifies the end-user's burden and enables coexistence between work and personal workspaces, without forcing users to have separate devices just for work as in the past. This trend led IDC to dub 2010 “the year of variety in the client devices space” as IT manager explore alternatives to the traditional PC model.

Internet service provider iiNet, for one, has used VMware’s VDI platform to deliver a standard suite of applications to around 2000 customer centre workers spread from South Africa to New Zealand, with a 50/50 mix of VDI-driven thin-client systems and conventional Windows and Mac OS X-based desktops. The same desktop SOE is accessible whether employees are in the office or, as more than 130 staff do, working from home.

"What desktop you get depends on where you are," says IT manager, Matthew Toohey. “We were initially not sure it was going to produce the same customer experience as someone sitting in the office, but it has: customers have no idea the agents might be at home, and are not in a grade one environment with fully redundant everything.”

VDI approaches are also proving valuable where information and applications need to be shared with large numbers of partners. For example, Rugless has been working with a Western Australian insurance company that's using a VDI infrastructure to push desktops to its brokers and ensure they always have access to the latest applications and data.

As at iiNet, this approach is also easier than conventional locked-down SOEs when quickly bringing new desktops into the mix; desktops can be deployed with equal efficacy no matter what environment the end user is running.

"We're seeing that it's a lot more about end-user productivity as opposed to end-user support," says Rugless. “With the withdrawal of support for Windows XP over the next few years, most companies are going to have to through the process of redesigning their SOEs. Many customers want to better understand their options, and Windows 7 is giving them the excuse to do that.”

The chance to completely revisit their SOE strategies is giving many companies the impetus to drive massive changes in their overall philosophies. Suncorp, for example, is in the midst of a total reconsideration of its computing infrastructure, with a significant server virtualisation project now completed and desktops in the sights of CIO Jeff Smith.

“We shouldn’t be bragging about having one standard for a desktop,” Smith explains. “Our infrastructure people’s job is not to control things, but to create a productive environment for our people, and to make it as easy as we can for people to utilise the gifts they’re born with and that they’ve nurtured.”

Whether done in the traditional way or using a VDI approach, there is no question that IT managers have more options than ever in rolling out their SOEs. Traditional locked-down environments may suit the governance and technical requirements at many sites, but others may turn to a more virtualised approach to meet increasing user demand for mobility, and consistency of experience inside and outside the office.

The key is for desktop administrators to step back for a moment and weigh up the strategic goals of the business, rather than diving into a blinkered approach that locks out flexibility and change. Once the goals of the business are made clear, current desktop technologies make it easier than ever to deliver the right SOE strategy to ensure those goals are met as easily and cost-effectively as possible.