Modelling standards and practices will be established 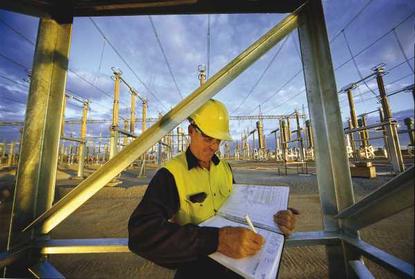 Once complete, the BPMS will allow staff in business units to create business process models and store them in a central repository. The published models will then be available for collaboration among staff.

TransGrid has decided the BPMS technology will be based on Microsoft Visio and SharePoint 2010 and Visio Services, but it has gone to market for help with the implementation services skills.

Henry Tan has been CIO at TransGrid since May 2009 after nearly four years as general manager of ICT portfolio delivery at RailCorp NSW. He was previously CIO at Rail Infrastructure Corporation.

TransGrid has based its SOA platform on the .Net architecture and late last year announced a data warehouse redevelopment project.

SharePoint is currently being implemented in the new Intranet (the Wire) project, which will host the published models.

TransGrid anticipates some 15 people will create models initially when the project is complete. Staff will be able to access the published models via the Wire without the need for Visio installed on their PCs.

“The project will establish the modelling standards, templates, model validation rules and configuration requirements to enable the consistent use of Visio for business process modelling across the enterprise,” according to TransGrid.

Under a previous CIO, Tony Meehan, TransGrid adopted COBIT and ITIL in an effort to reduce support costs by 20 per cent.

The project will be managed by TransGrid’s principal project manager and will be delivered using the principal’s project methodology.