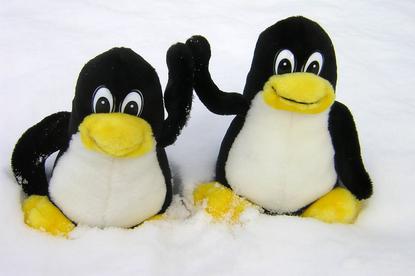 The Linux Foundation on Wednesday kicked off what will be several months of celebrations in honor of the 20th anniversary of the Linux operating system with a range of festivities and events as well as key news announcements from three of its working groups.

A new 20th Anniversary Website marks the occasion with a summary of the various initiatives planned for the upcoming months, including a new training scholarship and contests.

Released to the public by creator Linus Torvalds back in 1991, Linux has become an essential part of the computing world, where it quietly powers many of the modern innovations we take for granted. Torvalds is now a fellow at the Linux Foundation, which is dedicated to fostering the growth of the free and open source operating system.

'The Story of Linux'

In its short new video (embedded below), the Linux Foundation recounts many of the highlights of Linux's tale. It's also inviting fans of the operating system to create and submit their own to its third annual video contest, however, which for the first time Torvalds himself will judge.

From now through July 2, the video contest seeks user-generated videos that celebrate Linux while demonstrating the impact of the operating system on computing, business, or culture over the last 20 years and today. The winner will get registration and hotel expenses to attend LinuxCon North America, LinuxCon Europe, SXSW 2012, or the LA Film Festival.

"The story of Linux has many chapters and there are literally no limits on how the operating system will innovate in the future," said Amanda McPherson, the Linux Foundation's vice president of marketing and developer programs. "We're looking forward to seeing how people choose to illustrate the impact Linux is having on computing and our society."

This year the foundation is also hosting a T-shirt design contest, while a 20th Anniversary Video Booth will be onsite at Linux Foundation events throughout the year to record fans' personal messages and favorite memories of the operating system. Linux.com will also host an exclusive series highlighting some of the most interesting Linux stories from the last 20 years.

A new Linux Foundation Scholarship Program, meanwhile, will focus on training the Linux developers who will shape the next 20 years of computing. Details on the program will be announced soon.

Then, too, there's the working-group news announced Wednesday at the foundation's Collaboration Summit in San Francisco, including the availability of the Yocto Project Release 1.0 and version 5.0 of the Carrier Grade Linux specification as well as the launch of a new High Availability working group.

There's no doubt that we all have much to appreciate about Linux and the two decades of freedom it's already provided.

In addition, though, there's also plenty to look forward to. With Ubuntu promising to shake up the mainstream and Red Hat on the verge of billion-dollar revenues, for example, I'm betting the next 20 years will be even better.