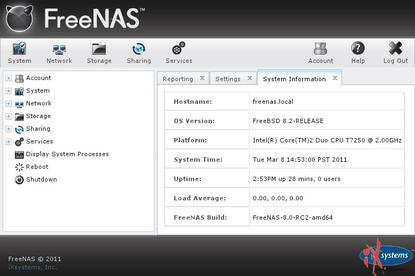 According to its developers, version 8 of the operating system was downloaded approximately 43,000 times within 48 hours of its release on May 2.

FreeNAS 8 uses a reworked architecture and is based on nanoBSD, which is designed for creating FreeBSD-based systems for embedded applications. A new Web interface in FreeNAS 8 uses the Python-based Django framework.

An 8.1 roadmap indicates that features slated for the next version include SMART hard drive monitoring, UPS management and a system for installing third-party plug-ins.