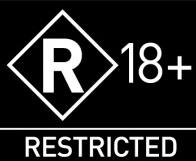 The Federal Government has stepped up the pressure on the state attorneys-general to agree to the introduction of R18+ games with the public release of new draft guidelines for the classification of computer games.

The draft guidelines (PDF) were first distributed to classification ministers at the last Standing Council of Attorneys General meeting in March, and have now been released to the public for feedback.

According to a statement from the office of the Minister for Justice, Brendan O’Connor, the draft guidelines had been distributed to State and Territory Classification Ministers to “assist in their decision making” ahead of a meeting in July to decide whether to create the new rating.

“The draft guidelines make it clear that sexually explicit games or games with very frequent, strong and realistic violence will not be allowed in the MA15+ category,” O’Connor said.

“We’ve recently seen several states publicly express their support for an adult only rating for games and I’m keen to reach a unanimous decision at the July meeting.”

Most recently South Australia Attorney-General John Rau said the state could go it alone with an R18+ category for video games if there is no national agreement on a new classification system. According to Rau, SA also planned to abolish the MA15+ category to offer a clearer distinction between games designed for children and those designed for adults.

In contrast, WA Attorney-General, Christian Porter, has come under pressure from his own party room to block moves to introduce a R18+ classification for video games.

The new guidelines' release marks a series of attempts to ratchet up the pressure on the states ahead of the July deadline to agree to the introduction of an R18+ rating for video games.

In late March O’Connor argued that as only developed country without such a video game rating Australia was “becoming the laughing stock of the developed world” for its lack of an adult rating for computer entertainment.

Following the tabling of draft guidelines for the classification of computer games at the Standing Committee of Attorneys General in Wellington in early March, O’Connor urged state attorneys-general to progress the issue which had been on the table for many years.

“When making their decision, I urge state and territory governments to consider the value of an adults only rating in helping to protect children from unsuitable content as well as the strong public support for this move,” he said.

Late last year O’Connor released a comparison of Australian and international games’ ratings, which support the government's argument that Australian minors are being exposed to video game content which would otherwise be restricted to adults.