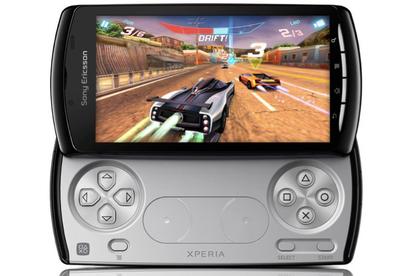 Sony Ericsson's Xperia Play Android phone has also been dubbed the 'PlayStation phone'. It will be available from Telstra and Optus in Australia.

The Sony Ericsson Xperia Play is a gaming focused Android smartphone launching next week in Australia on Optus and Telstra. Distinguishing it from other Android devices are its 'PlayStation certified' certified status and dedicated gaming controls, including two touch-sensitive 'joysticks', a directional pad and four buttons modelled on the triangle, square, circle and cross of a PlayStation 3 controller. There are also two shoulder buttons

The controls slide out from under the screen, and they make the handset lky compared to a lot of recent smartphones.

The phone's display is largely unremarkable. It's a 4in LED-backlit LCD that has a respectable resolution of 480x854, but it lacks the vibrancy of competing displays like Apple's IPS "retina" screen on the iPhone 4.

The test games we played on the Xperia Play were smooth and fast. A small issue is the fact that PS One games are displayed in a 4:3 ratio, meaning they don't fill the Xperia Play's widescreen display.

The phone runs the Android 2.3 (Gingerbread), and includes some Sony Ericsson software such as Timescape, which offers access to social networking and SMS messages and missed calls through one interface.