We owe LulzSec a thankyou

The LulzSec attacks are bringing attention to serious security issues, and we owe the group a debt of gratitude 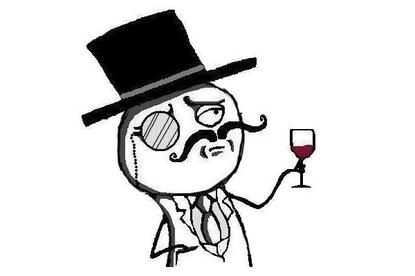 LulzSec has been making headlines on a virtually daily basis for a month or so now. The hacker group has compromised servers and exposed sensitive information from targets ranging from Sony, to PBS, to the FBI, and has even set up a hotline to take requests for which sites to attack next. The irony of the LulzSec hacks, though, is that the group is doing us all a favour whether they intend to, or not.

When LulzSec hacked the PBS site and planted the fake Tupac story, there was at least a hint of nobility in it. PBS ran a documentary on Wikileaks which was not flattering, and LulzSec was taking action in what it saw as retaliation in support of Wikileaks.

When LulzSec turned its sights on Sony, there also seemed to be at least some tenuous connection to a "Robin Hood-esque" hacktivism cause. Sony had taken heavy-handed legal action when it attempted to sue George Hotz, the infamous hacker of the Sony PS3 gaming console. Sony and Hotz settled out of court, but that didn't stop online groups from targeting Sony anyway.

While I don't support or condone the actions of LulzSec, or other hacking groups, these early attacks were easy to accept due to the noble vigilantism in them. There was also an assumption — at least by me — that the attacks were complex, and required dedication, and a significant investment of time and effort to stage.

Not to take anything away from the skills of the LulzSec members, but in retrospect I think I may have been giving the network and server security of the targets more credit than it deserved. The relative ease with which LulzSec is taking down sights and compromising data suggests that it is fairly trivial, and that these organizations have little, if any, defense against attack.

In that sense, whether the attacks are connected to some noble hacktivist cause, or are simple juvenile antics that are just part of some pissing match for hacker bragging rights, we owe LulzSec a little gratitude. Why? Because these attacks are raising awareness and bringing attention to the fact that the network and server security in place at most organizations is woefully inadequate.

I sought input and feedback from security experts, but most are reluctant — to put it mildly — to publicly challenge LulzSec in any way, lest they find their servers next on the list. As bad as it looks for Sony or Minecraft to get hacked, a security vendor that makes a living telling others how to protect networks and data would have a lot more explaining to do if LulzSec were to infiltrate their network and expose customer data.

In fact, it may be precisely because security vendors and researchers know where the weaknesses are as well, or they at least understand that there is no such thing as perfect security, or an impenetrable network, that they are cautious about poking the bear.

One source, though, who will remain anonymous, shared that — regardless of the 'right or wrong' of it all — events at this level do change people, processes and technology in ways that are sustaining and significant.

The source said, "Sony, in the end, may come out of all these hacks with the strongest information security program in their industry. This is not dissimilar to the dynamic you might have with a brutal personal trainer you absolutely hate, but who's barbaric methods are the impetus behind your transformation into a superior athlete."

LulzSec is very publicly compromising these networks, but the fact that they can do so with such trivial ease suggests that others would also be able to easily hack them. Just because we don't hear about those attacks, doesn't mean they aren't occurring, or that they couldn't. The LulzSec attacks are raising awareness of a serious issue with network and data security, and the entire Internet will hopefully evolve and be stronger as a result.